At the southern limit of the territory of Vello, Sant’Eufemia is known as the Chiesa dei Morti (literally “Church of Deaths”) due to the fact that it extends over the ancient cemetery and that today is next to the actual one: the church, in fact, performed parish functions from 1525 to 1703 when the construction of the new church was completed in the centre of the village.

The chapel is documented in 1132 when Pope Innocent II confirms its possession to the monastery of Sant’Eufemia in Brescia, to which is probably due its construction in the eleventh century. The building appears strongly conditioned by its location and, in order to adapt to the narrow strip of land, it does not respect the canonical orientation to the east but develops along a north-south axis.

The bell tower of the Romanesque building is preserved intact, with a regular manufacture in ashlars with angular pilasters and internal double-arched mirroring on a thin shelf. The precociousness of the construction at the beginning of the eleventh century emerges in the irregular and slightly accentuated profile of the shelf supporting the double arch and also in the cell, which opens with four double-sided windows divided by rudimentary supports.

The adoption of the tufa easily workable in the bell tower has allowed a regular wall texture that is not found in the perimeter east and west, probably still belonging to the Romanesque building but transformed in the fifteenth century with the insertion of the buttresses to support the vaults.

The church originally had to end with a semi-circular apse, whose join is preserved on the south side of the bell tower: it was replaced in the 16th century by the actual square presbytery.

The frescoes on the entrance façade date back to the late 15th century Renaissance phase. The cycle, which is not completely legible today, is well laid out. The scene of the Annunciation dated 1489 is frescoed in the upper part.

Above the ogival entrance portal there are the remains of a sort of triptych with Santa Eufemia blessing between two musician angels. It is still a late Gothic painting, although in the arches of the triptych and in the architectural elements of the false frame painted around the portal with old-fashioned rounds there are attempts to a Renaissance update.

In the lateral parts of the façade there are four frescoed panels; the lower ones were partly cut off by the opening of the windows with the respective step-kneeling: this solution allowed the faithful to kneel and pray facing the presbytery even when the building was closed.

The Martyrdom of the Beato Simonino da Trento is still visible in the right upper part.

Further down there are traces of a group of figures including a character with a stick; the simple frame that divides the two panels preserves some parts of an inscription that suggest that some portions of the external frescoes are of the ex voto.

The inside of the building is entirely decorated even if there has been a considerable degradation due to humidity. The decorations were made by G. Casari in 1947, the same painter who put his hand to the nearby church of Saints Peter and Paul in Pregasso (municipality of Marone).

We can also observe a late-Gothic Trinity dated to the end of the 15th century which is very consumed; unfortunately the state of the work is very precarious and it is probable that what we can see today is a repainting of the ancient image, always attributable to Casari.

The same doubt arises for an interesting Last Supper which is distributed over a long horizontal portion of the wall: the frontal presence of the apostles and the scroll that unrolls among the heads of the commensals would lay down for a more ancient composition taken up in the last century.

The rest of the building is dry decorated with fake architectures with coffers, floral elements, Eucharistic symbols and figures of saints. 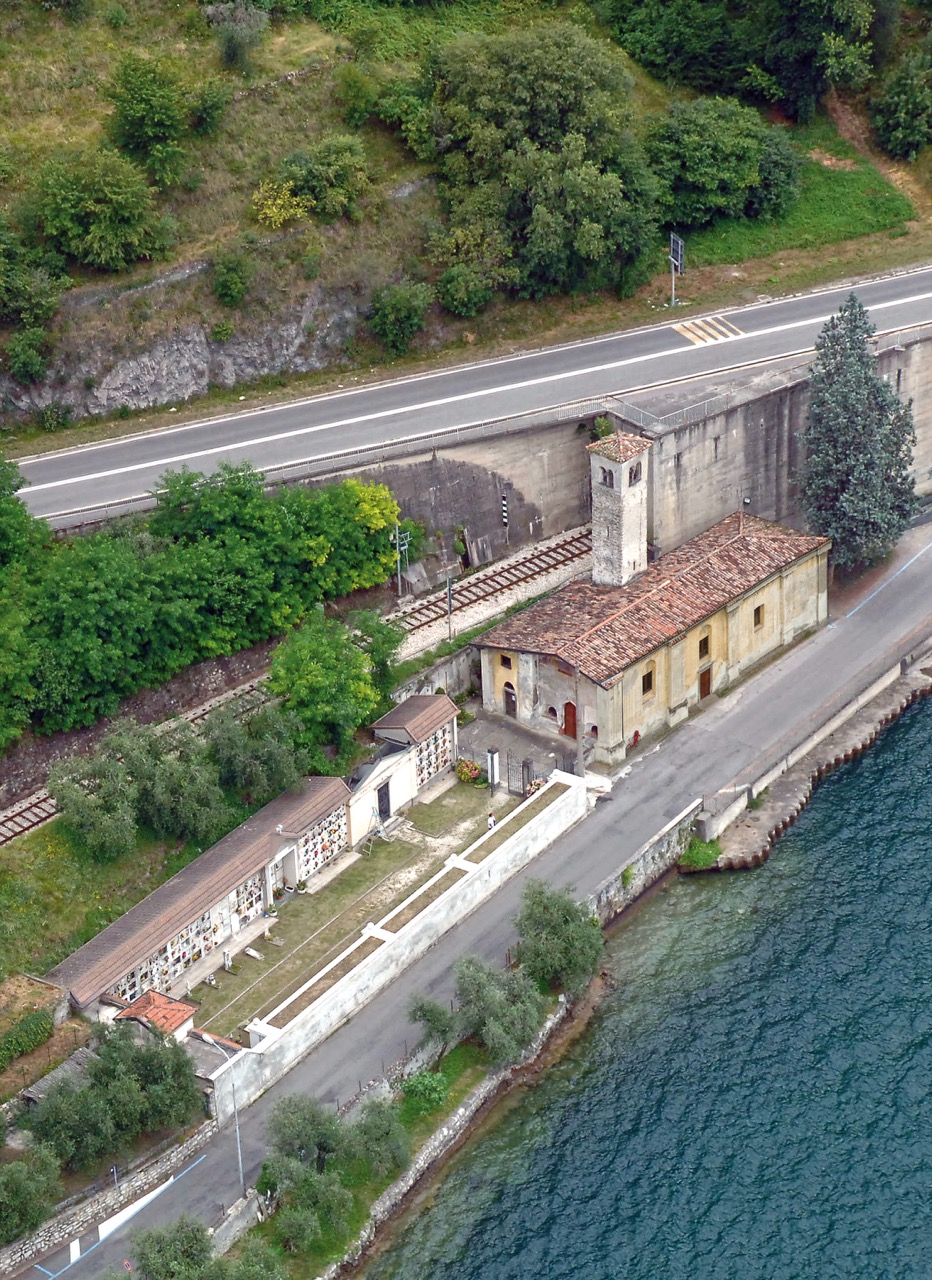 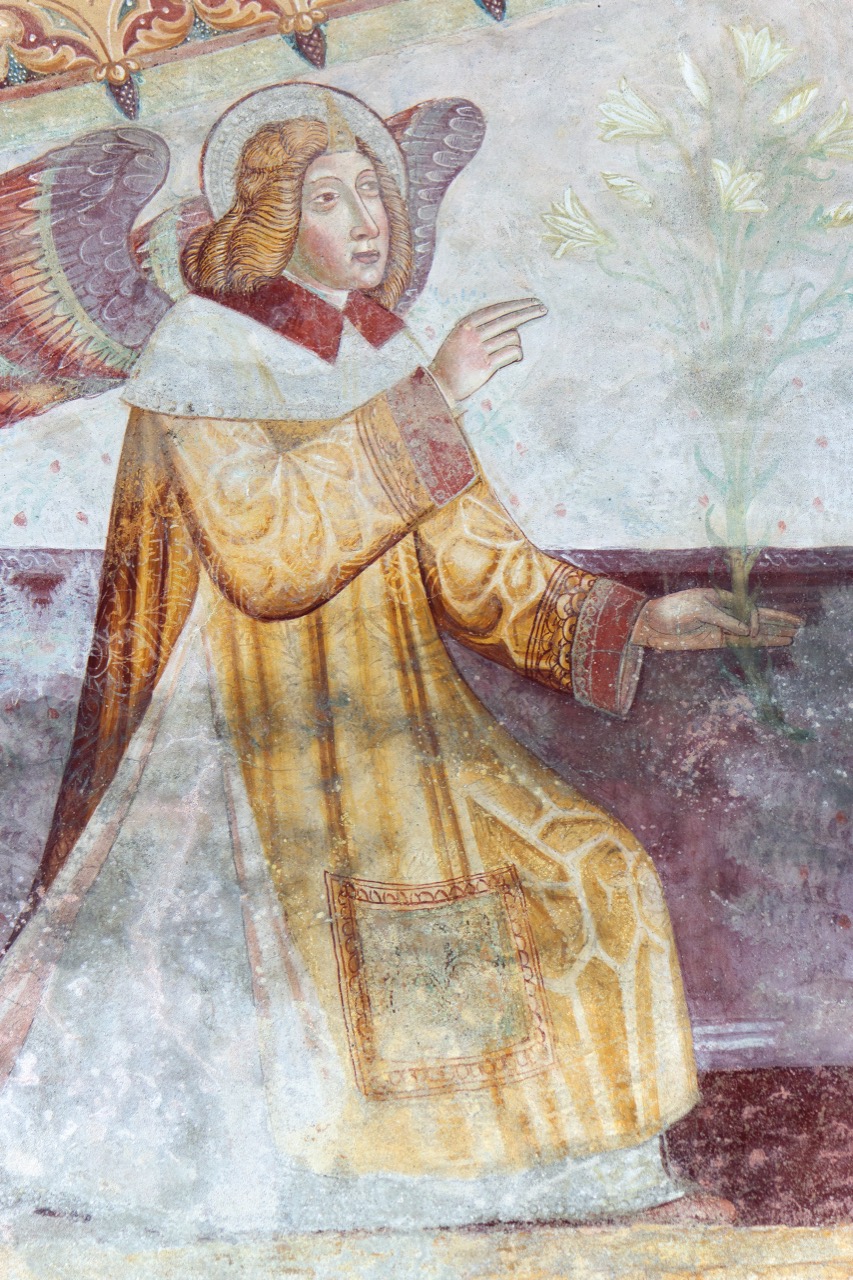 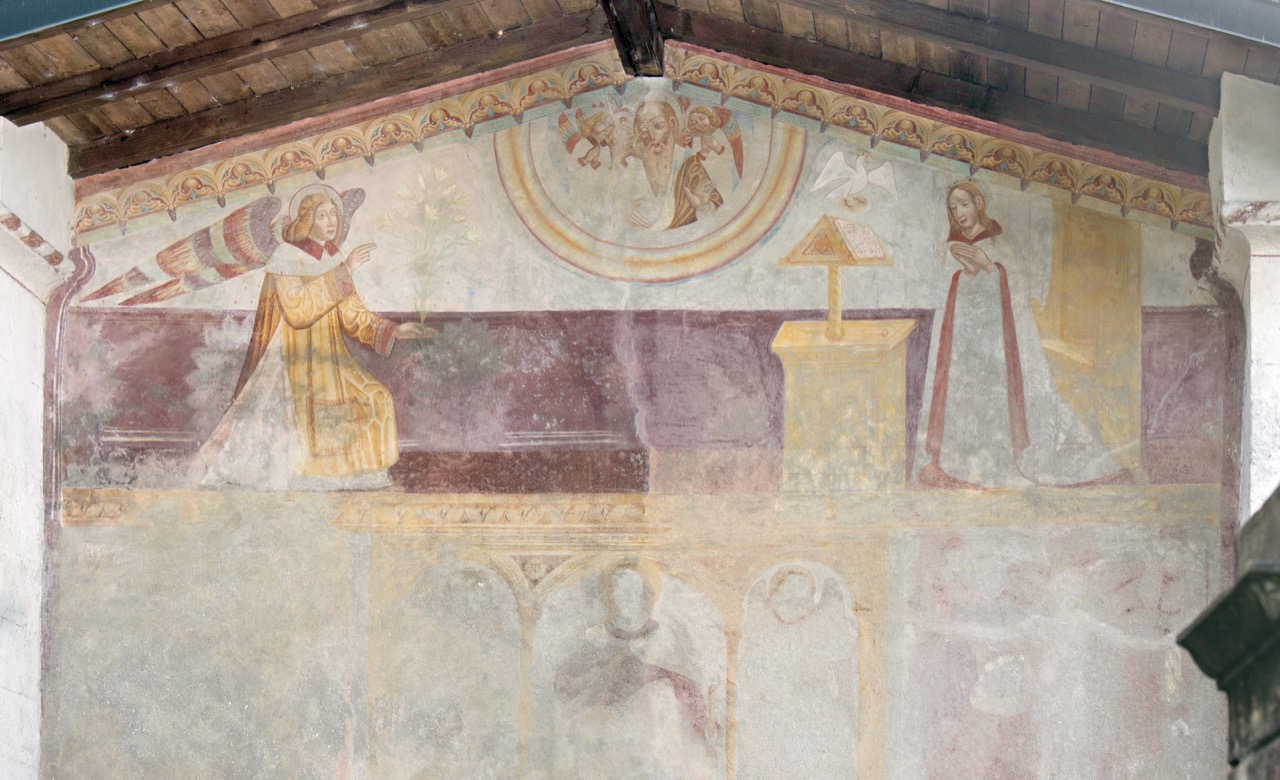 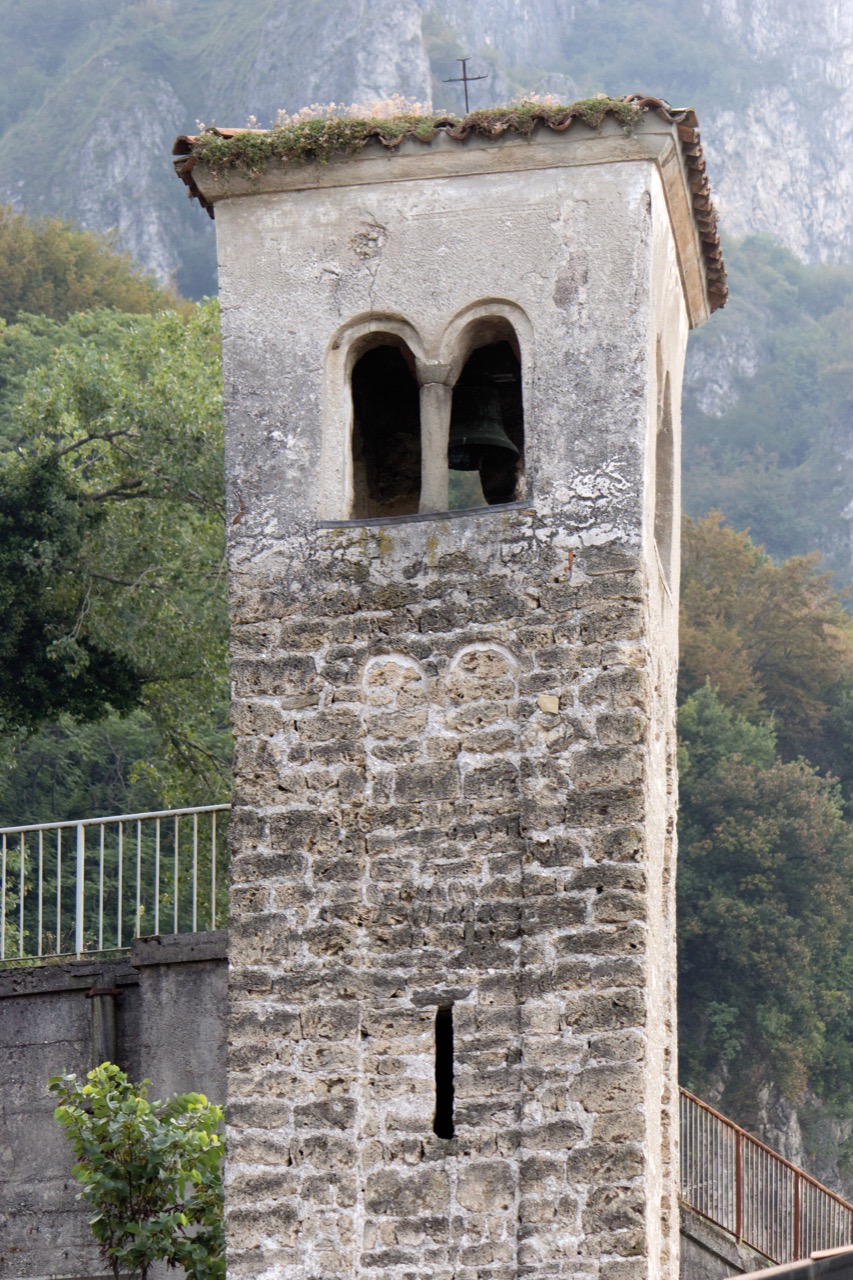 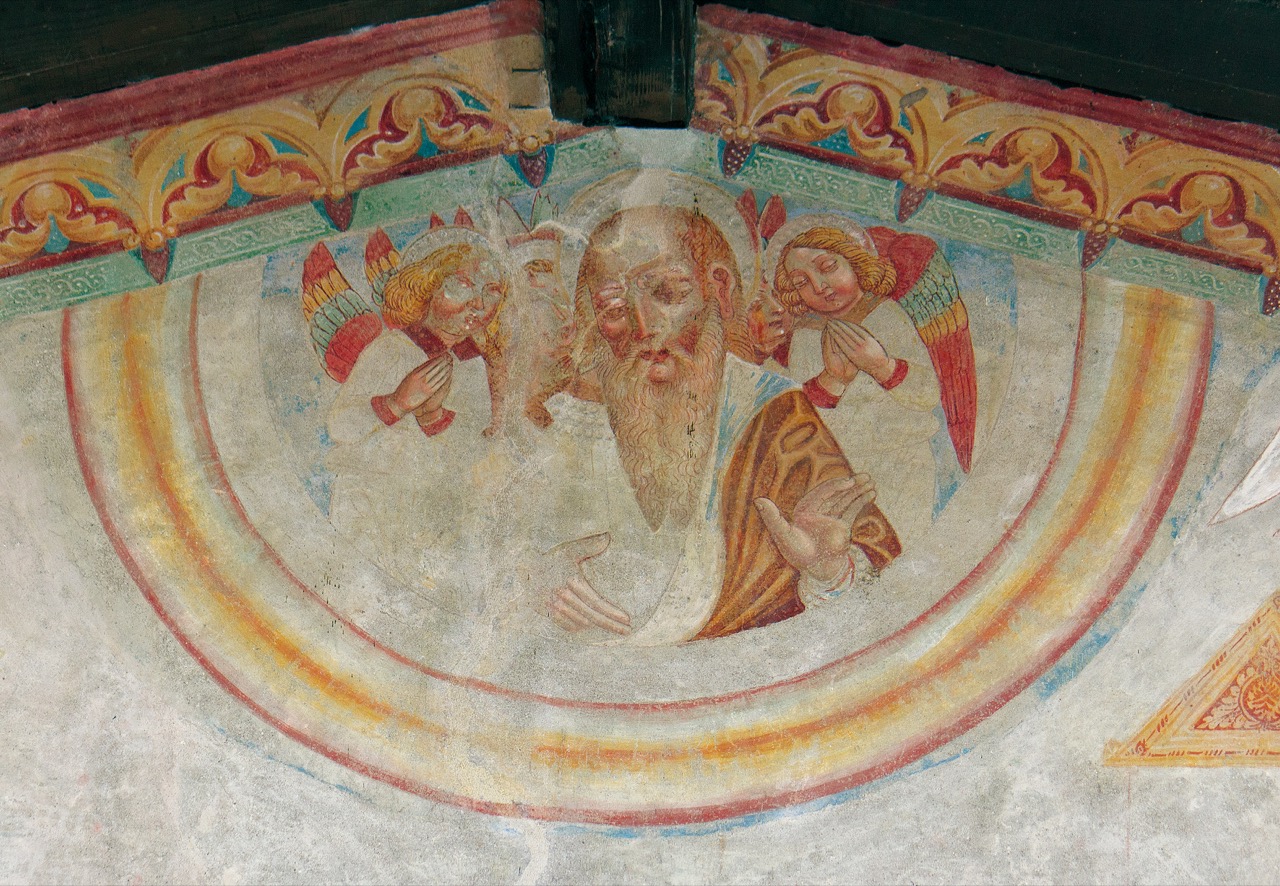 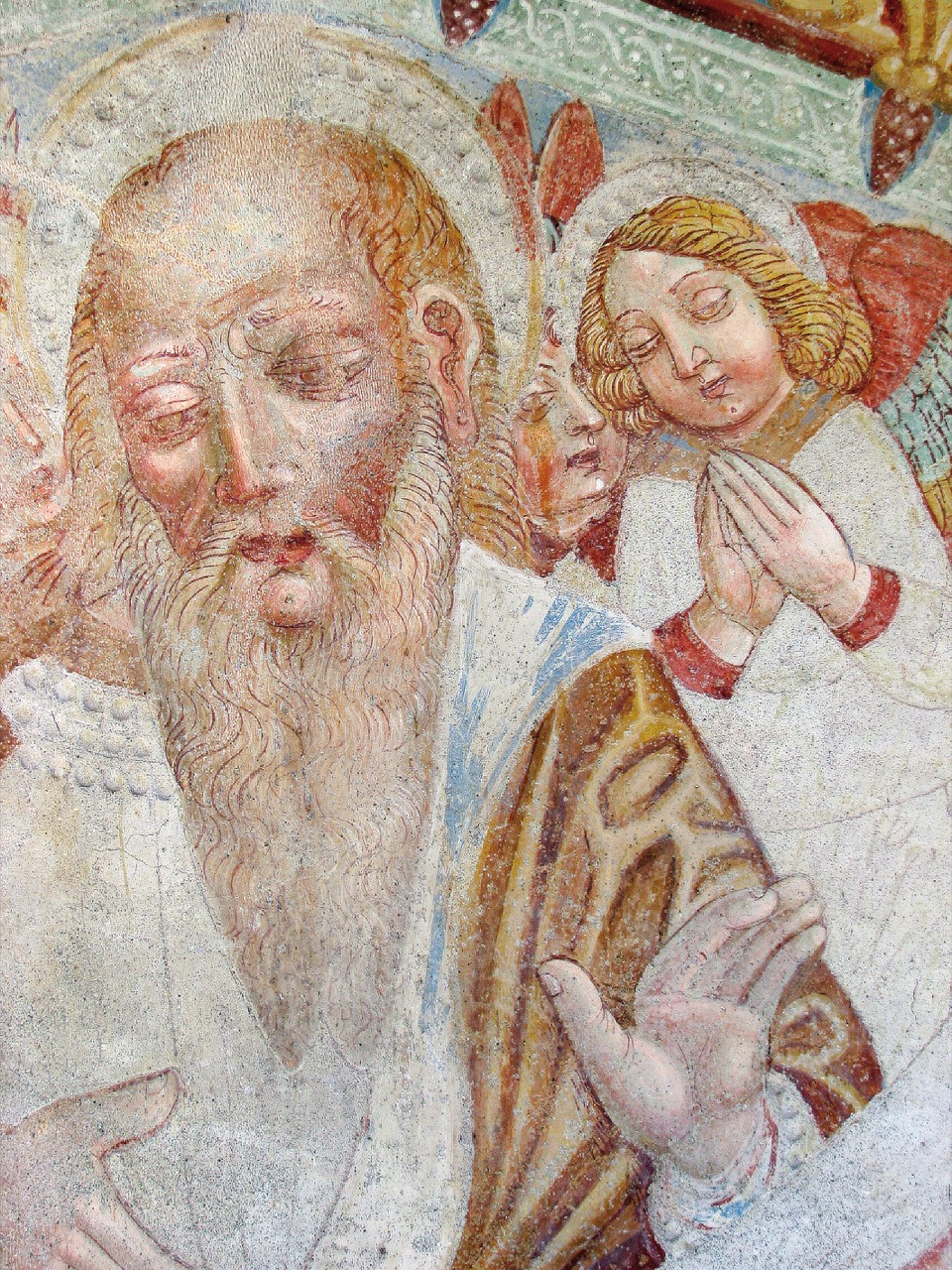 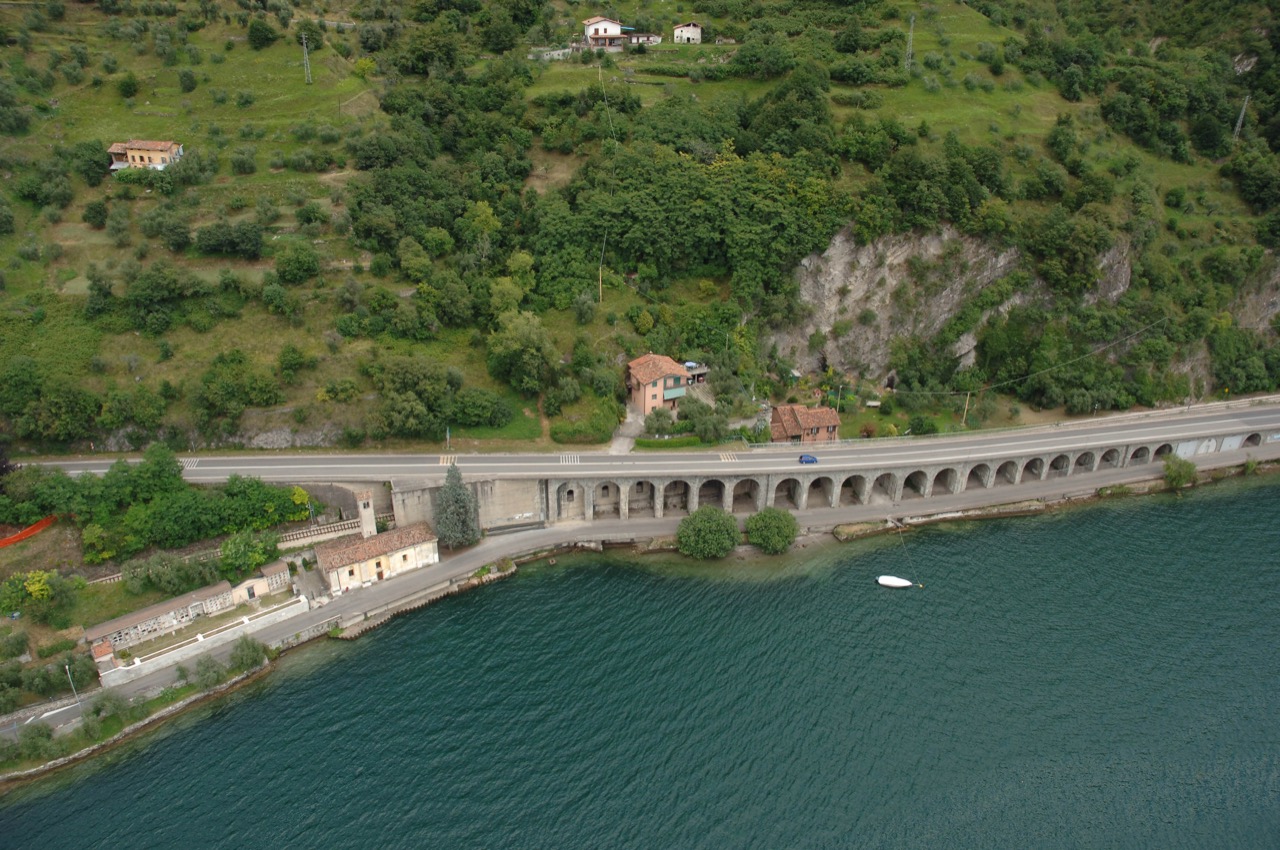 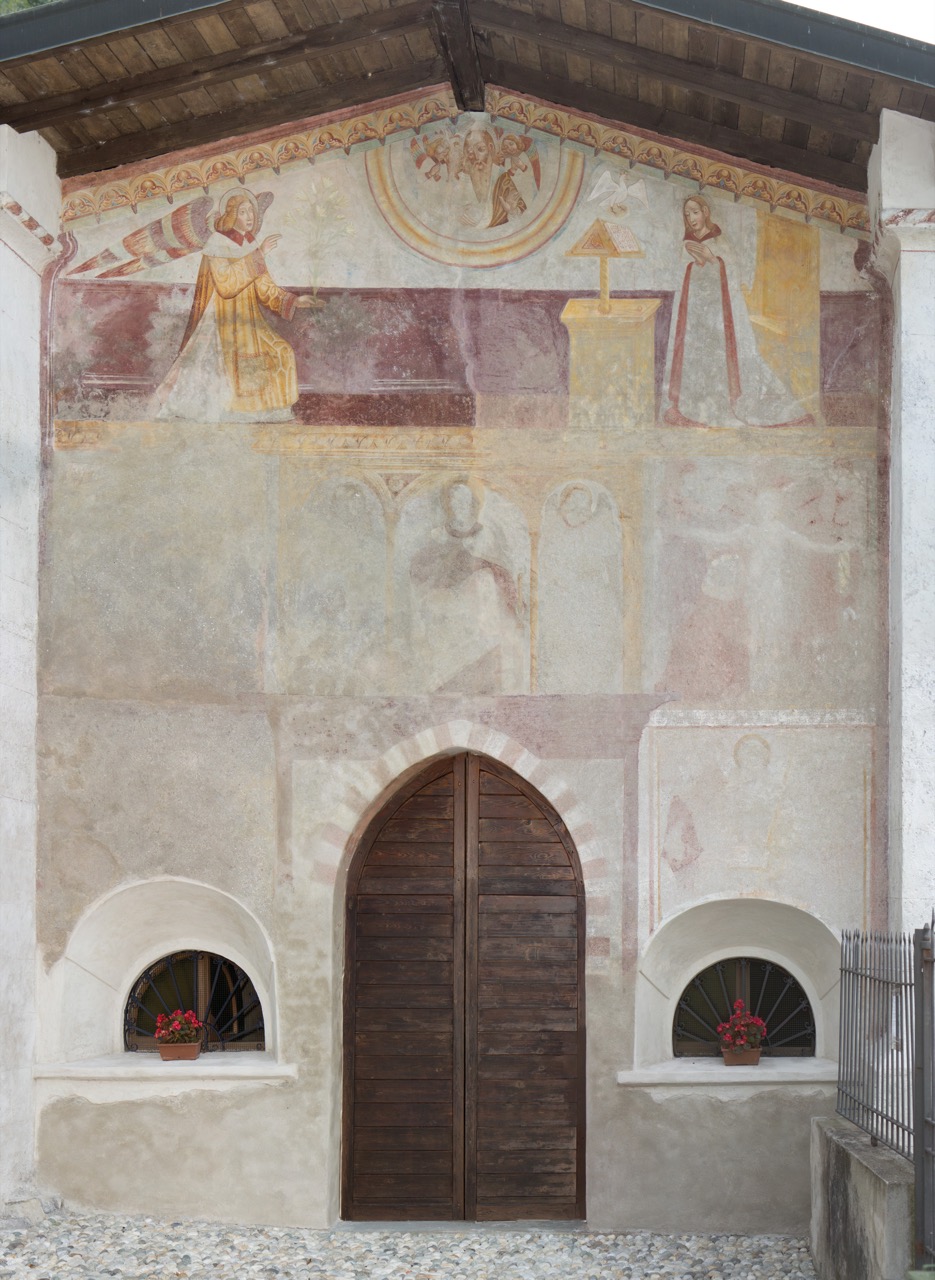 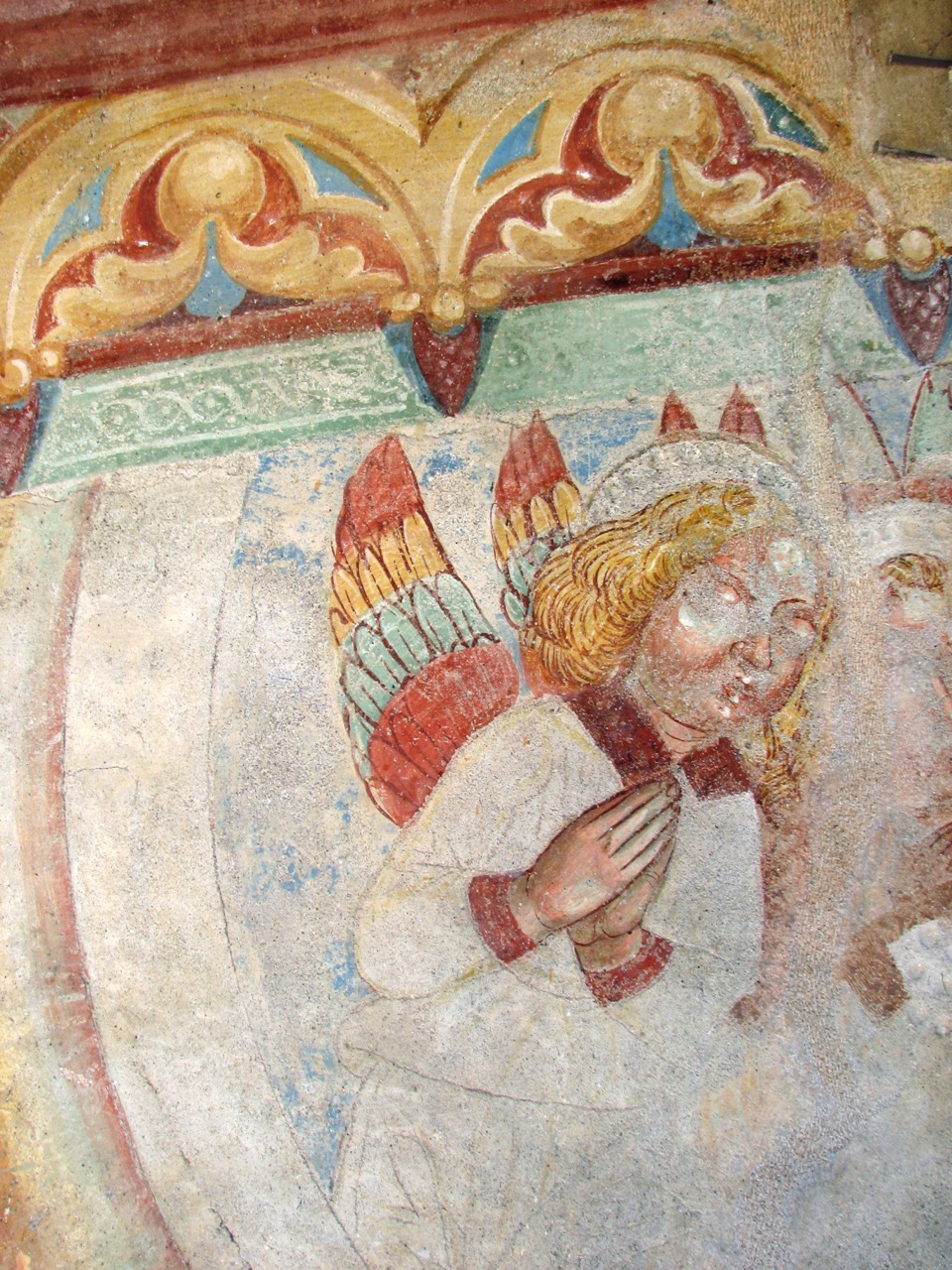 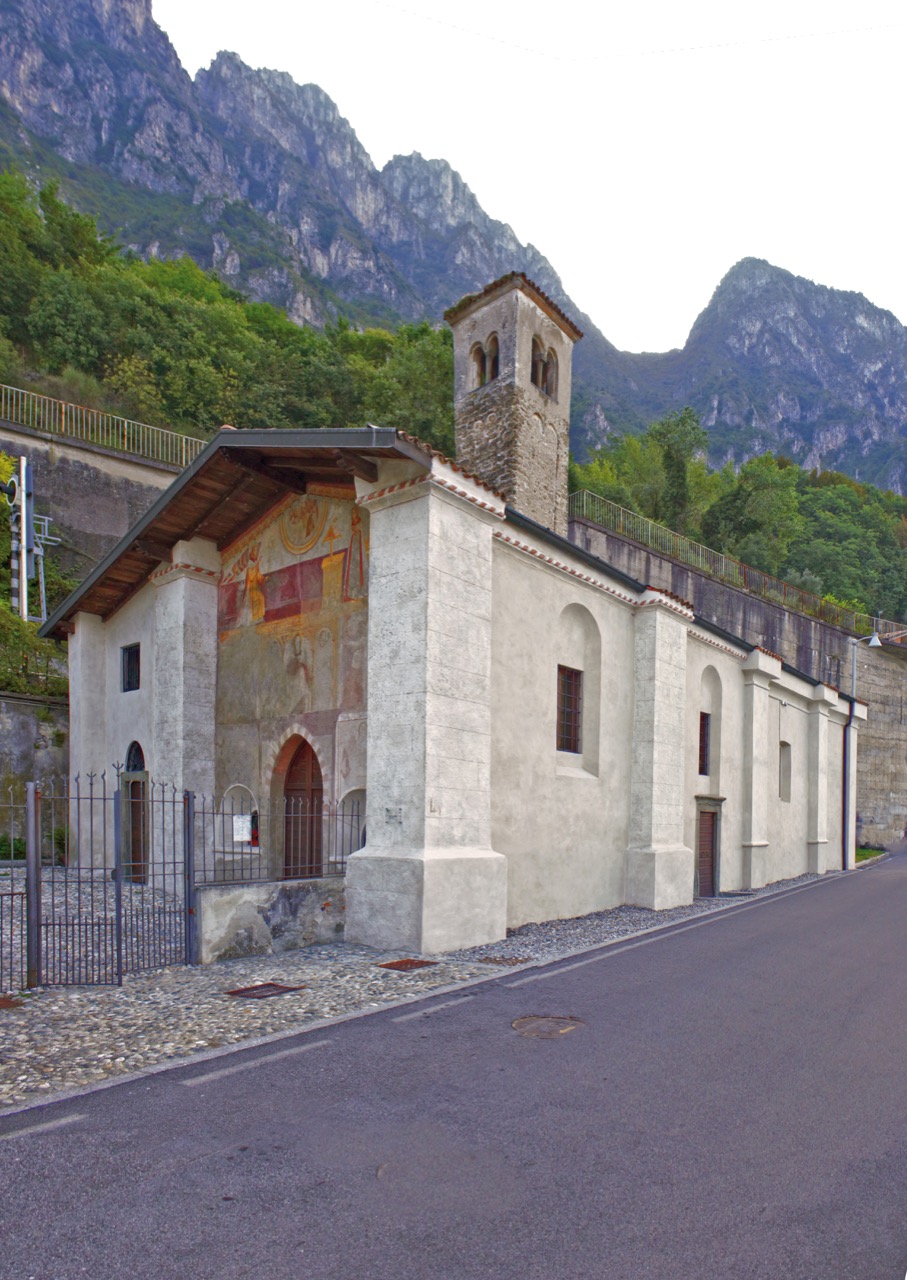 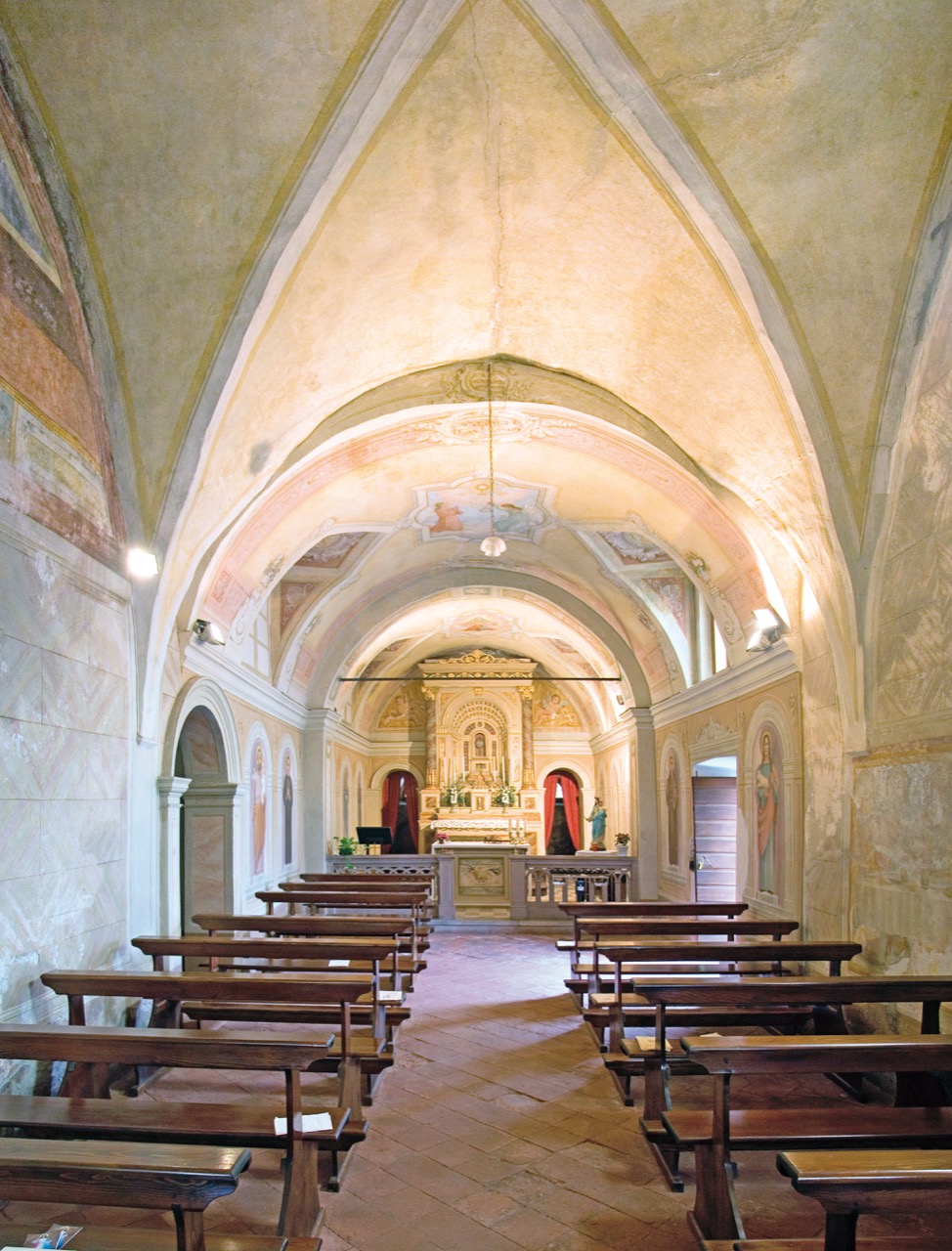 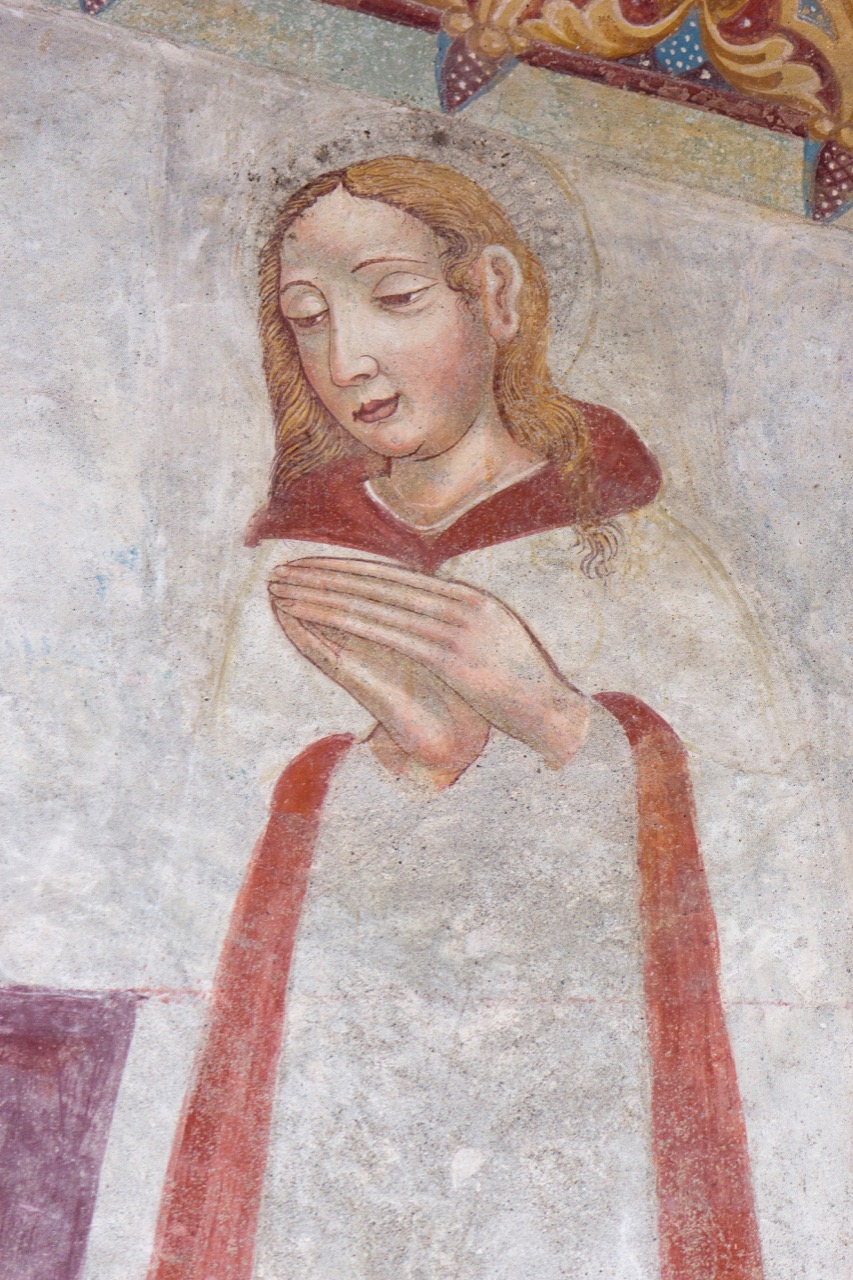 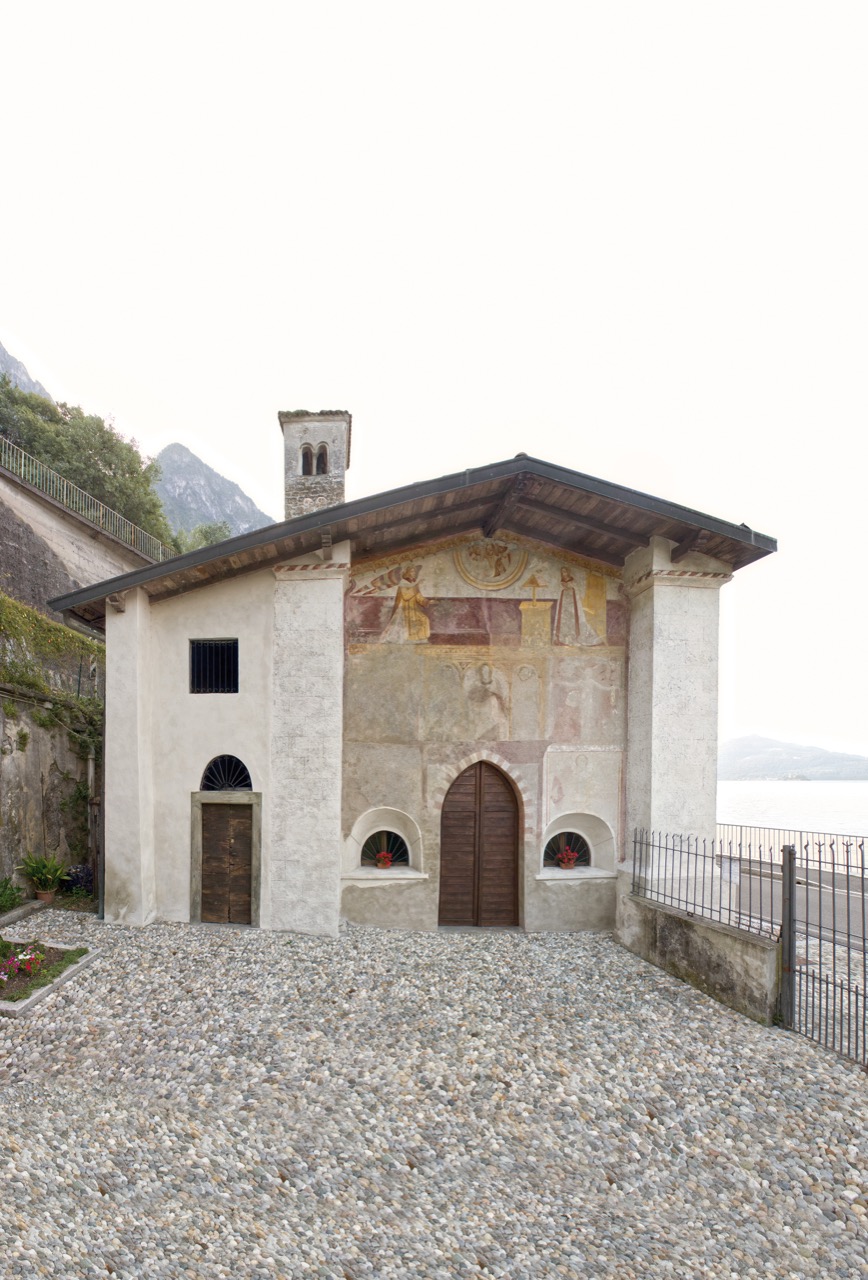 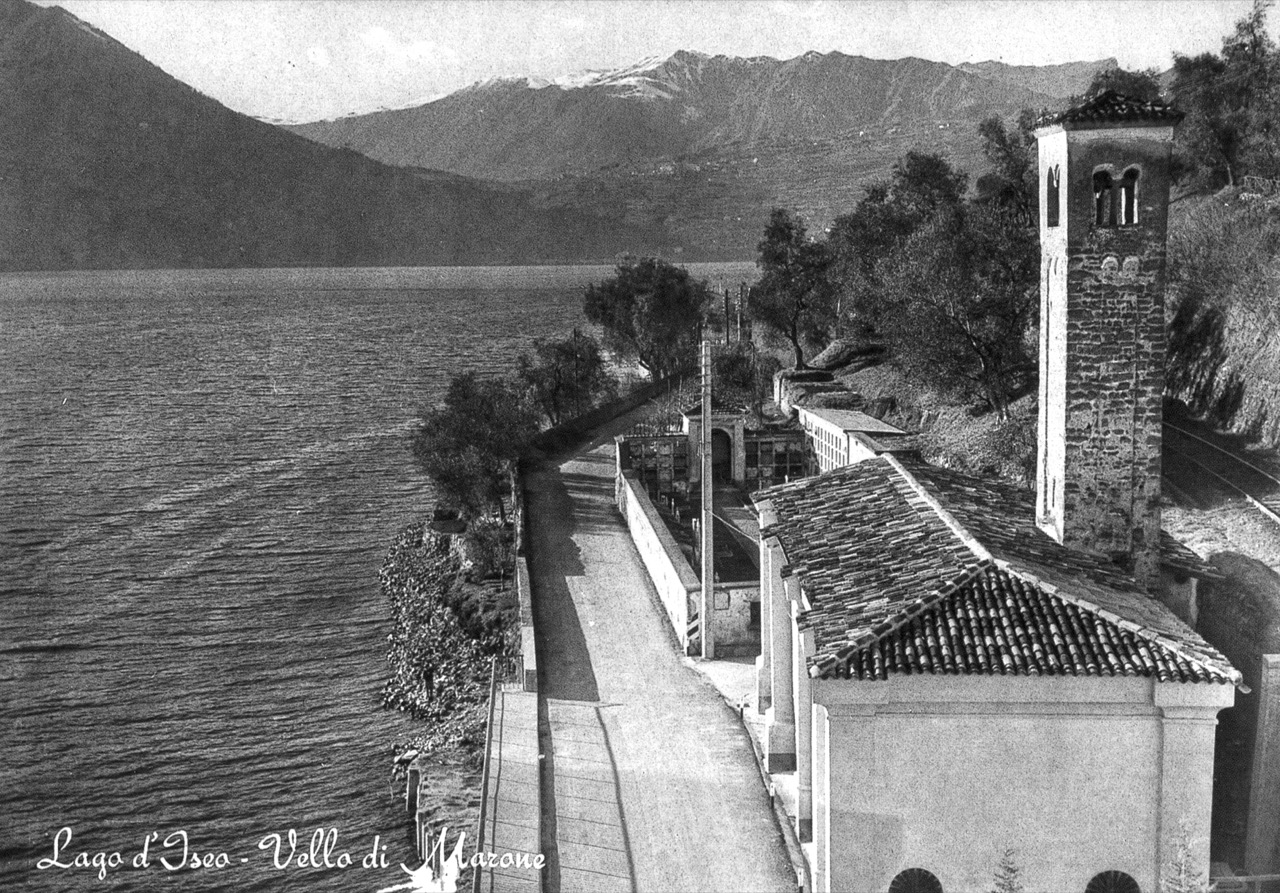 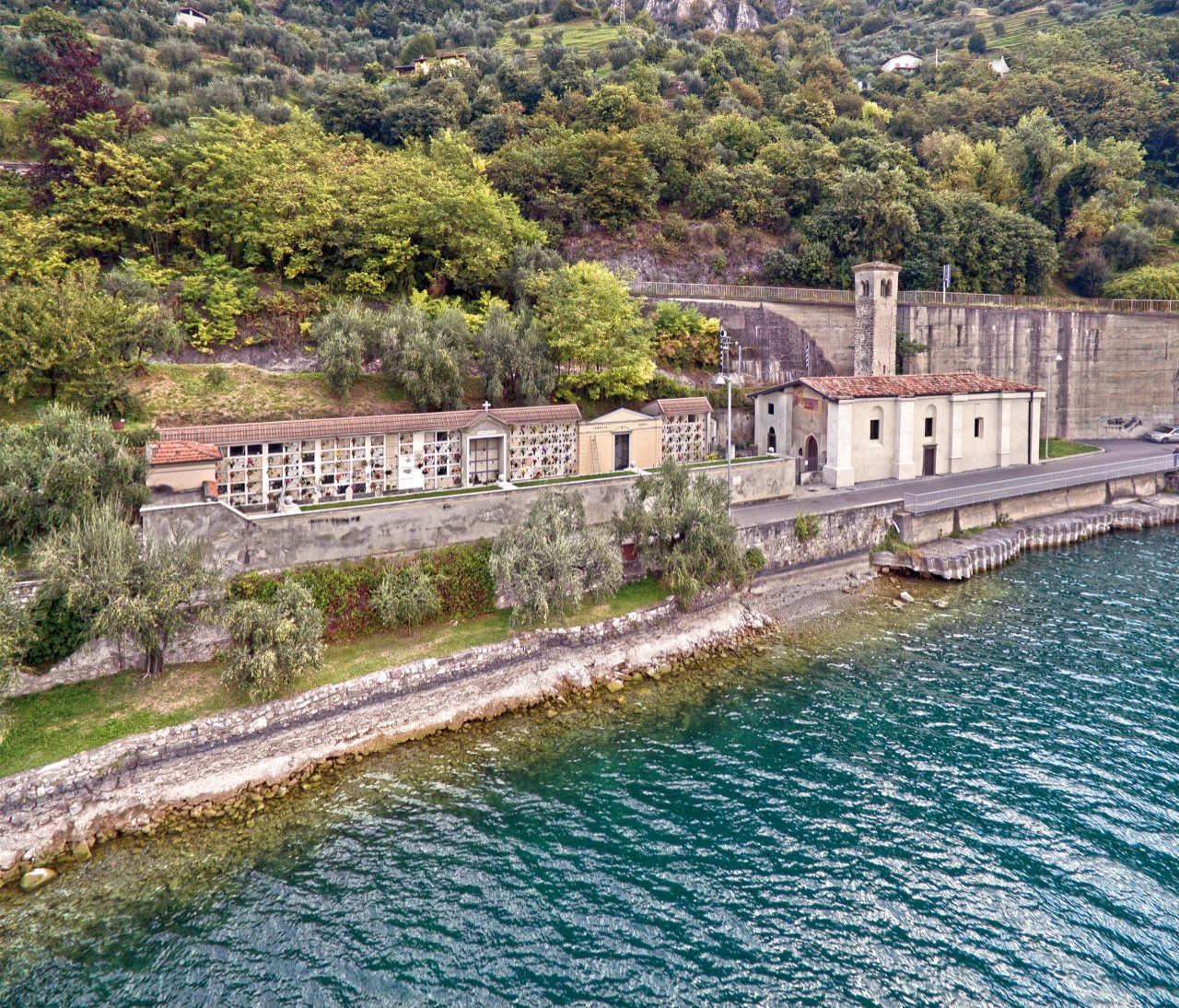