Starting from the centre of Marone, after crossing the railway line, take via Europa, until you come out on the road to Zone. Opposite is a cemented lane that, passing in front of the church of San Carlo, leads to Collepiano. From here continue on the asphalt road to Grumello.

At this point, take the mule track that leads to the Croce di Marone road.

The place was a place of transition and refreshment for travellers who crossed the ancient road that connected the coast of Lake Iseo with the Val Trompia, passing through the locality of Croce di Marone.

It is not a coincidence that the sanctuary was built on this site because the place was in ancient times very popular and it is located just above the village of Collepiano which is one of the oldest settlements of Marone.

According to the local tradition the first chapel was wanted by the Virgin herself, which appeared to a carpenter in the locality of Punta dei Dossi, on the opposite side of the valley.

The architectural complex consists of two churches next to each other and the home of the hermit.

The first building nucleus dates back to the 11th-12th centuries, as indicated by the cross vault with Gothic arches of the ancient church (as can also be seen in the Chiesa dei Morti in Vello); in the following centuries (XIV-XV century?) the original and very small chapel was enlarged with a barrel vault.

«The façade is entirely frescoed […]. Some details, such as the body of the crucified Christ and the Virgin of the Nativity (in the lunette) seem to lay down for a fifteenth-century date; others, like the elongated bodies of the Annunciation and the Saints Peter and Paul, seem, however, to correspond to a culture of the early 1500s. To the right of the portal is the small box with the Beato Simonino da Trento who had been seen by critics as Baby Jesus »(Troletti).

On the bottom of the wall there are fragments of fifteenth-century frescoes.
At the centre there is the detached fresco of the Virgin praying in front of the Child Jesus, with a fortified city and its ruined tower as background.

On the wall of the same aisle another fresco piece (destroyed in the lower portion) presents the Madonna enthroned with the Child and the saints Sebastiano and Bernardino da Siena.

At the end of the 16th century, a new church was added to the original chapel, which had probably become too small compared to the number of the devoted.

The old building was incorporated on the right side of the new church.

The entrance of the most recent church is overcome by a round-headed lunette; higher up, almost under the slopes of the roof, there is an oculus and to the right of the portal there is a simple rectangular window.

The interior has a single nave, covered with exposed beams leaning on arches; the presbytery is rectangular.

The main altar is a 18th-century work in black marble with polychrome inserts; the recess in the antependium is occupied by the statue of the Virgin.

The precious marble balustrades are works of Giacomo Selva dating back to 1761.

The elevated part consists of a wooden frame from the early seventeenth century with a large central recess, with a Madonna Assunta (twentieth century), and four minor recesses with the statues of Saints Peter, Paul, Charles Borromeo, Antonio Abate.

In the tympanum, which has a lowered arch profile, the half bust of God is inserted and, on the frieze below, there is the Dove of the Holy Spirit.

The pavilion vault of the presbytery is frescoed with some allegories of the virtues, while the front of the holy arch that separates the nave from the presbytery is decorated with stuccos reproducing geometric elements, racemes and angels in low relief.

Two angels hold the wooden Crucifix at the centre of the holy arch, a work dating back to the 16th century.

On the left wall of the first aisle there is the altar of San Mauro, whose canteen is now preserved with the antependium and a shelf. 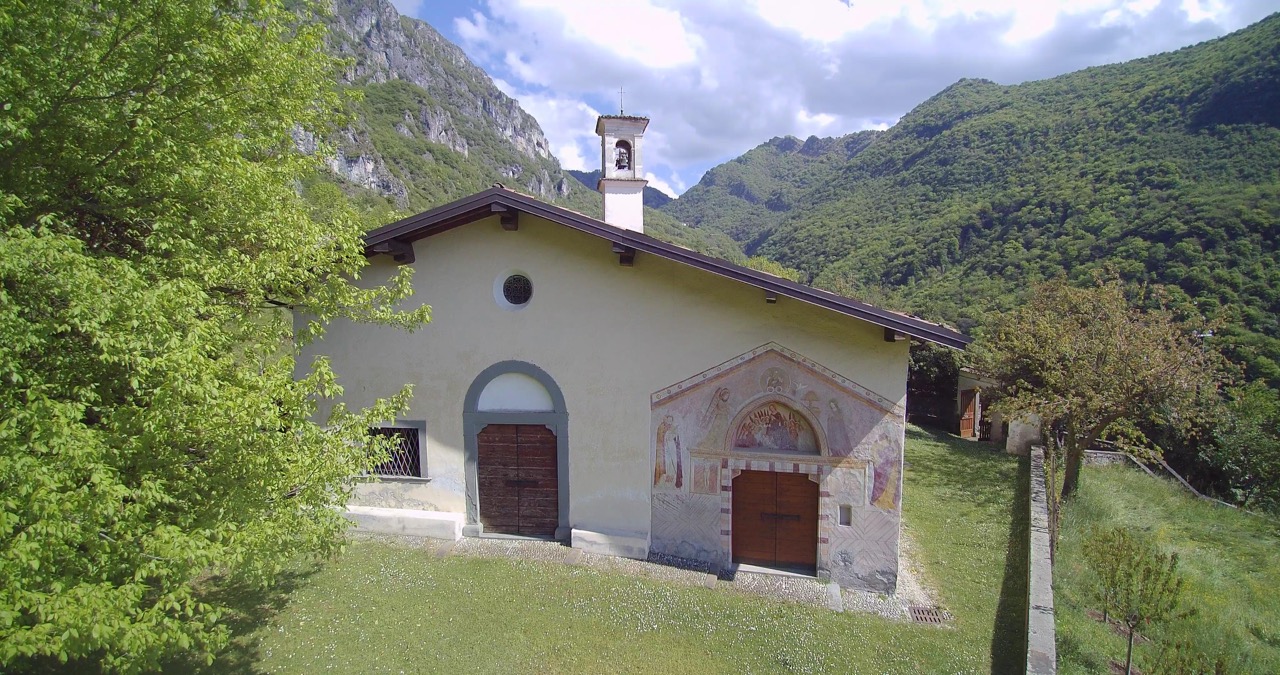 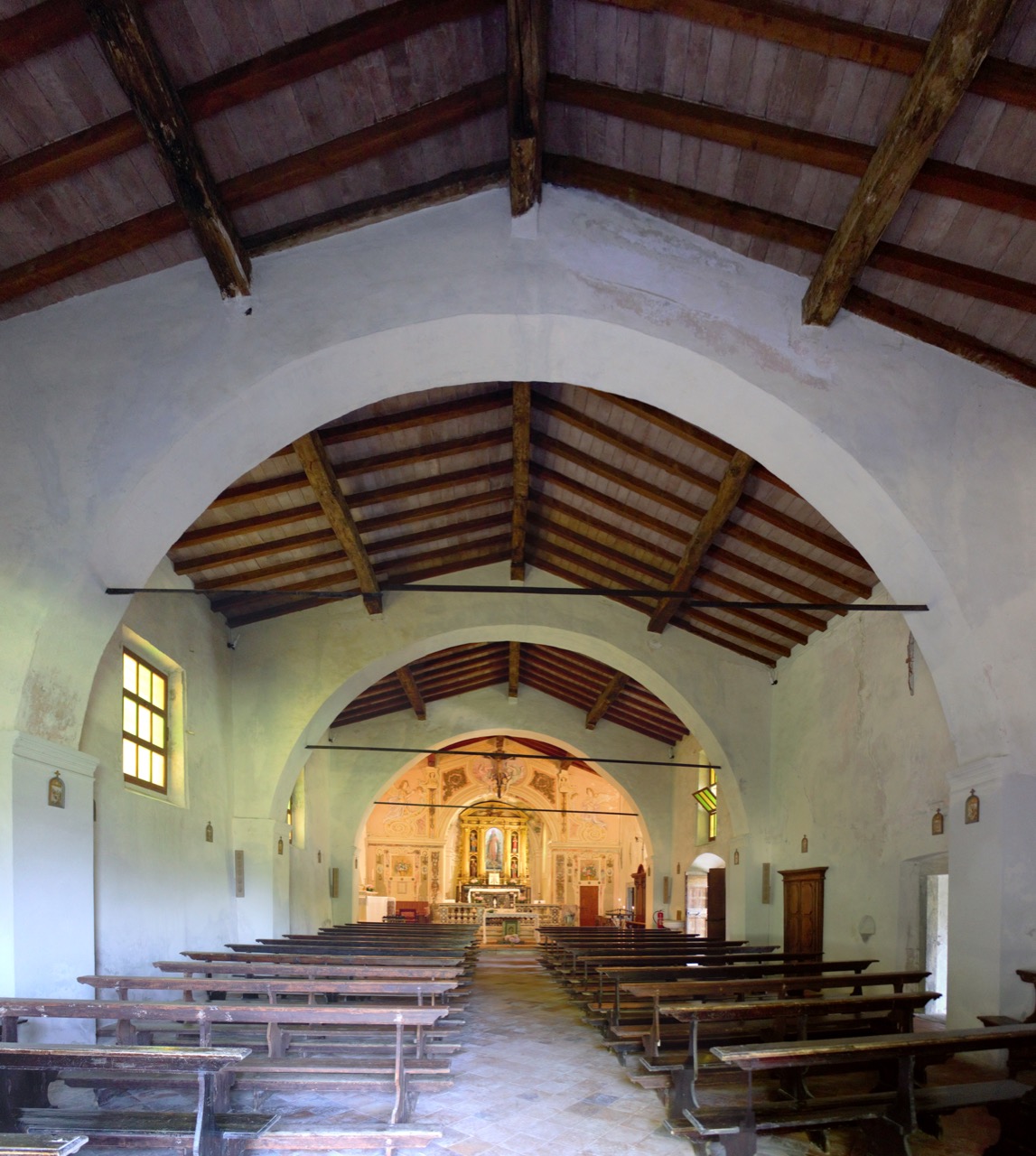 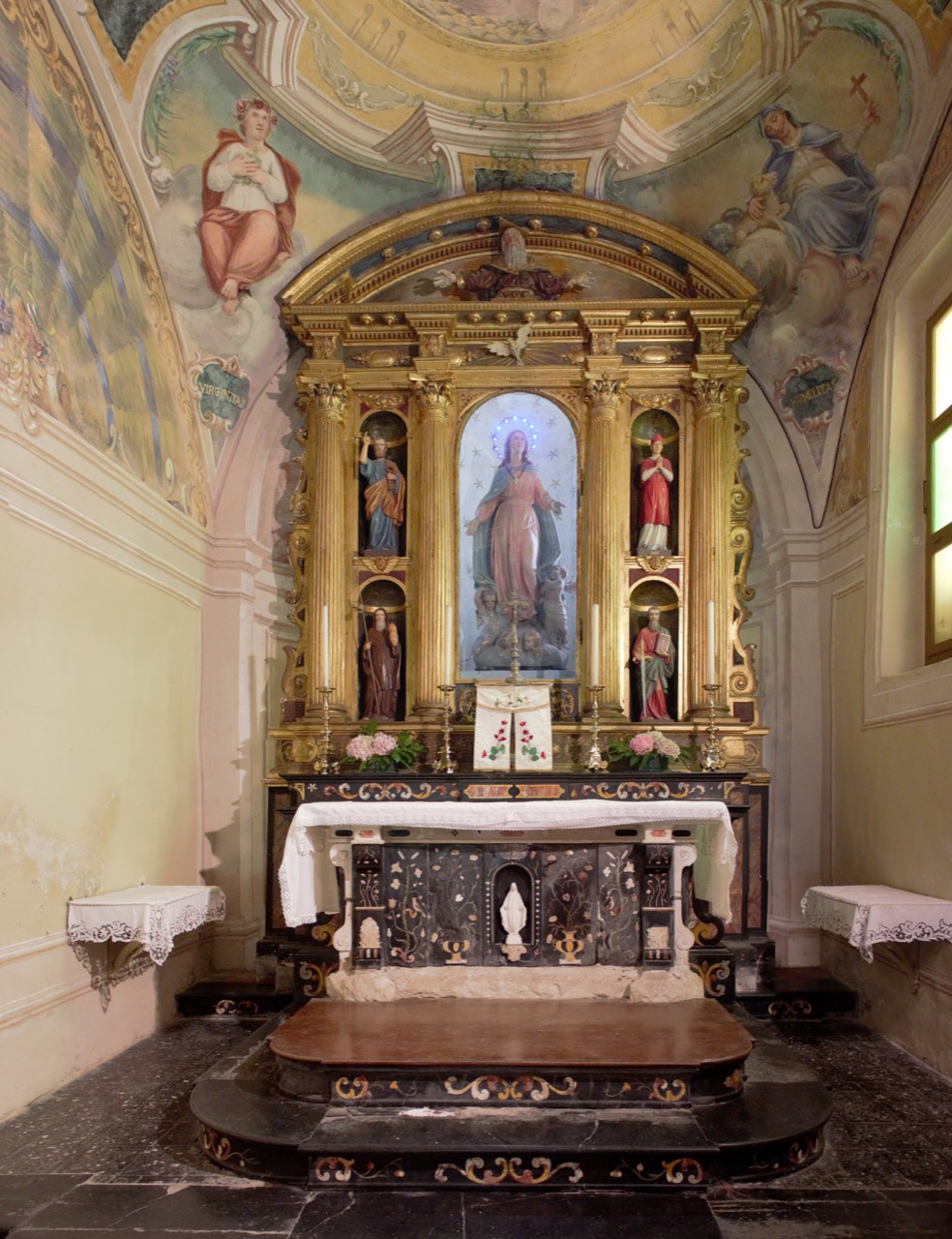 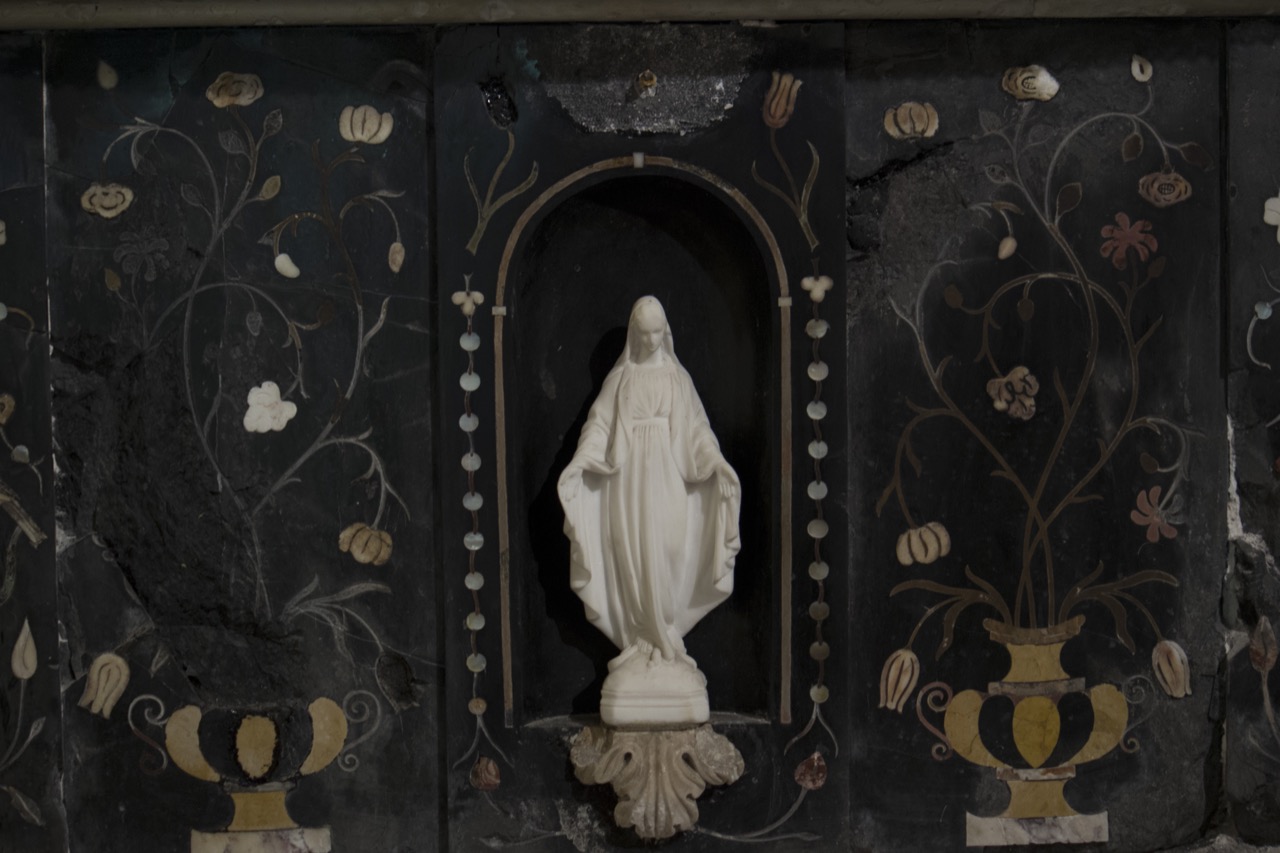 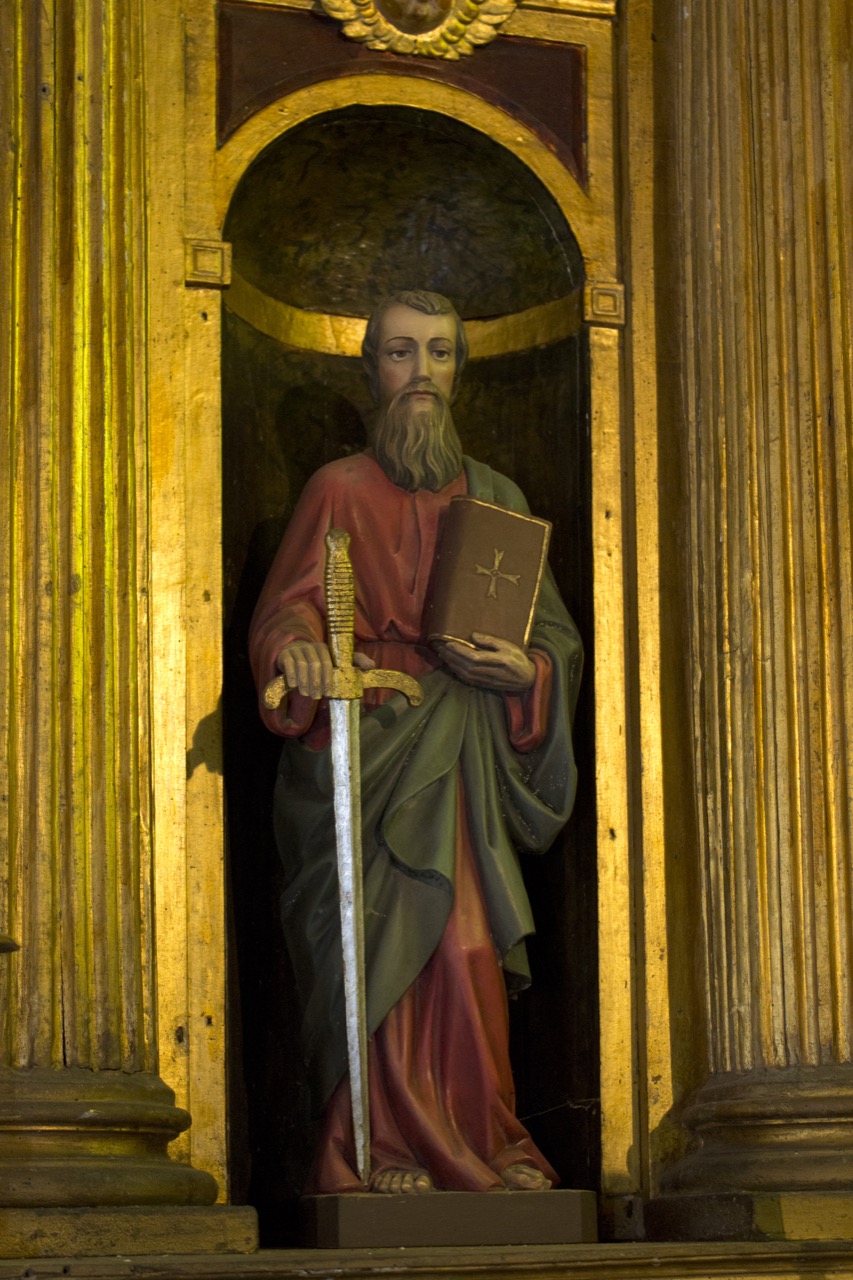 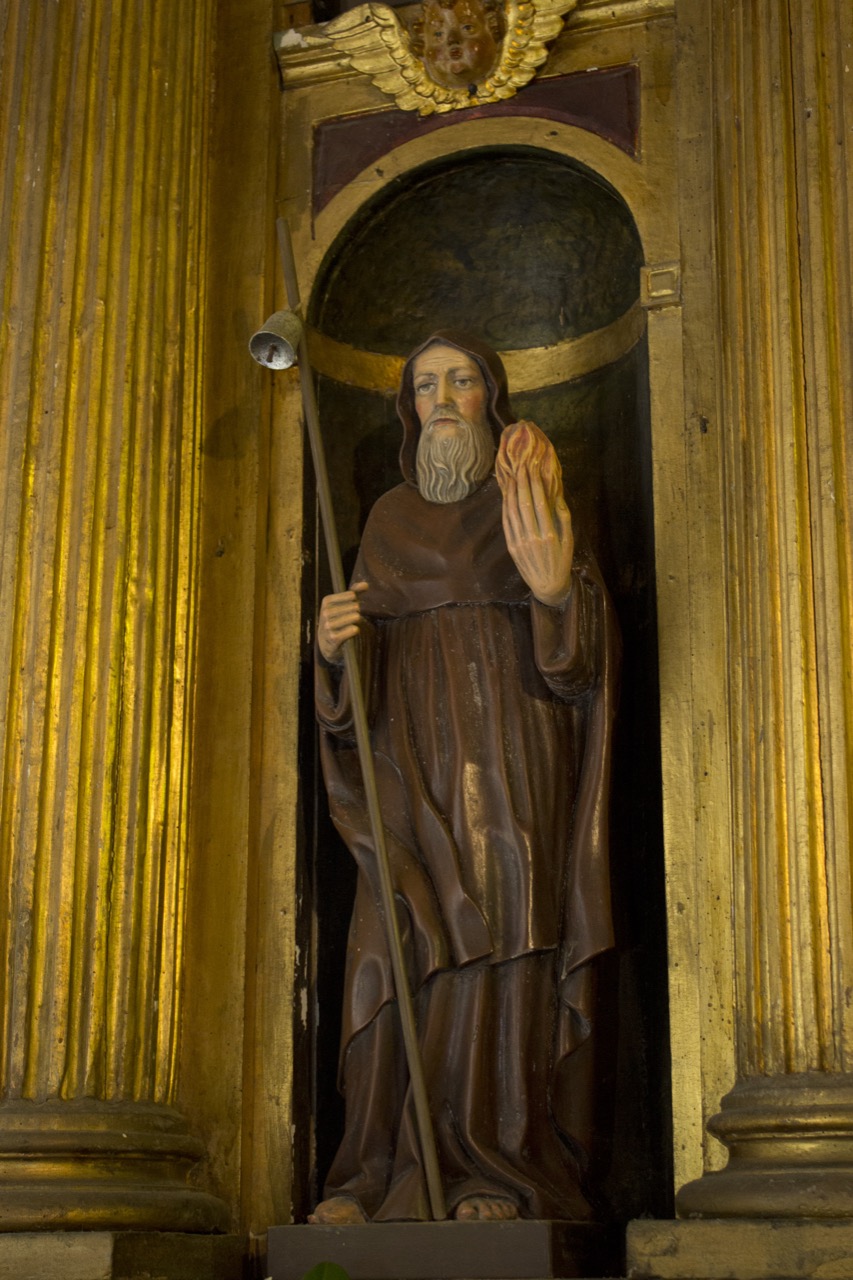 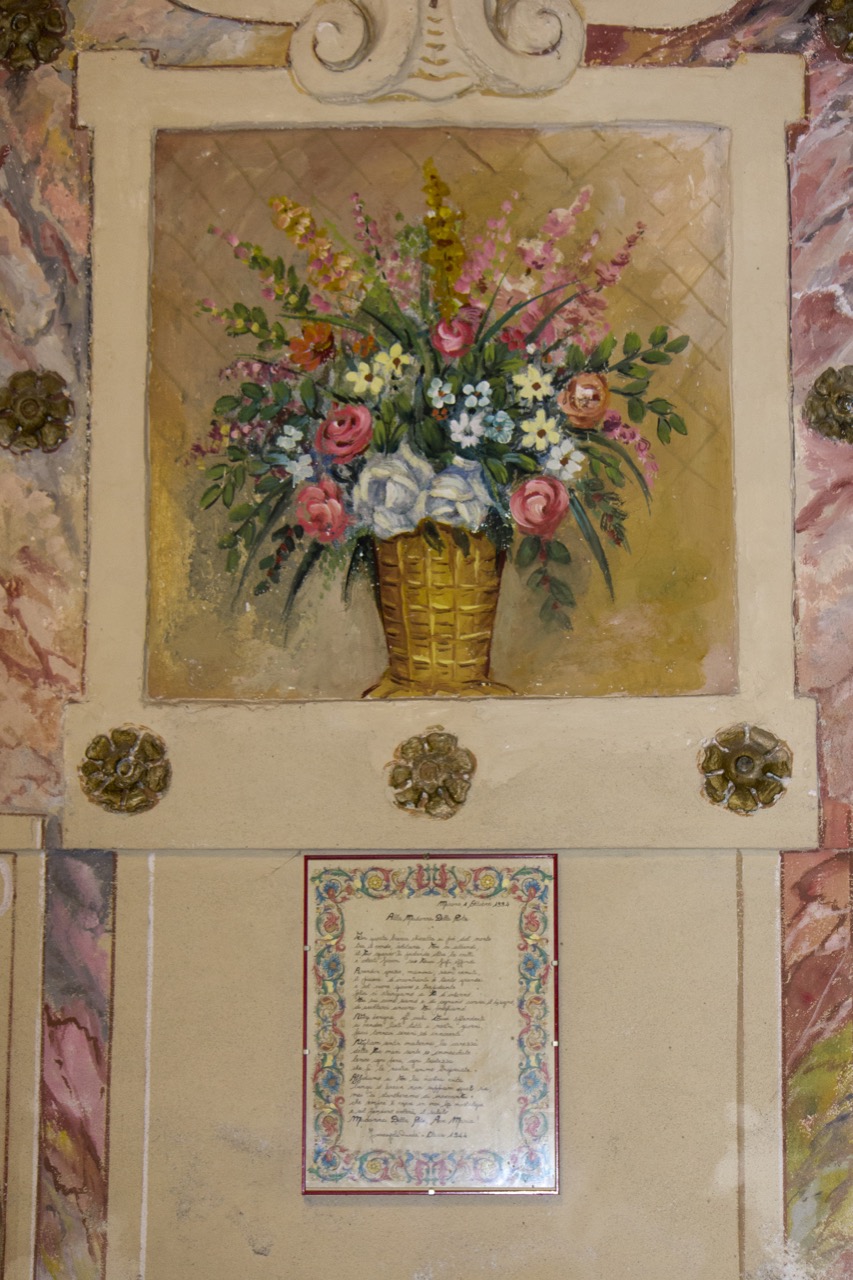 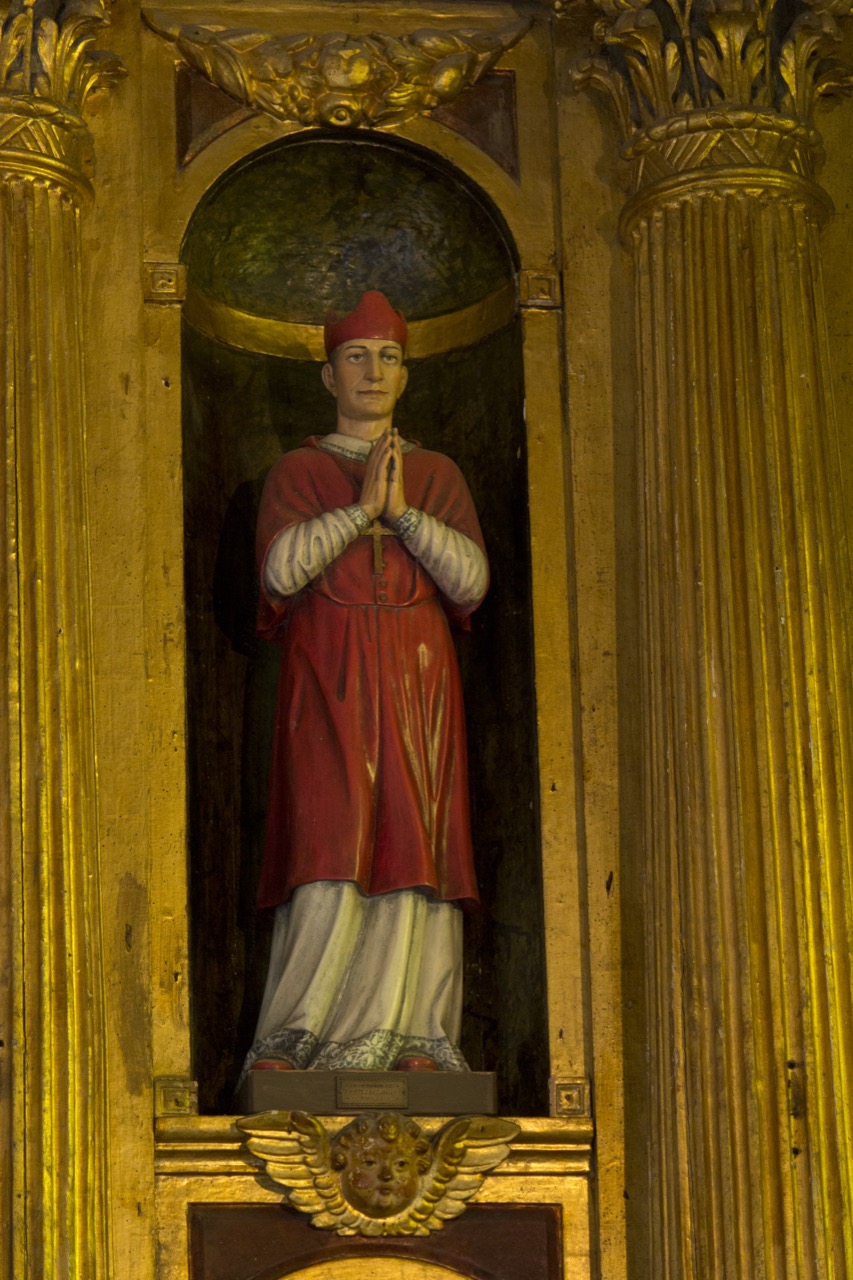 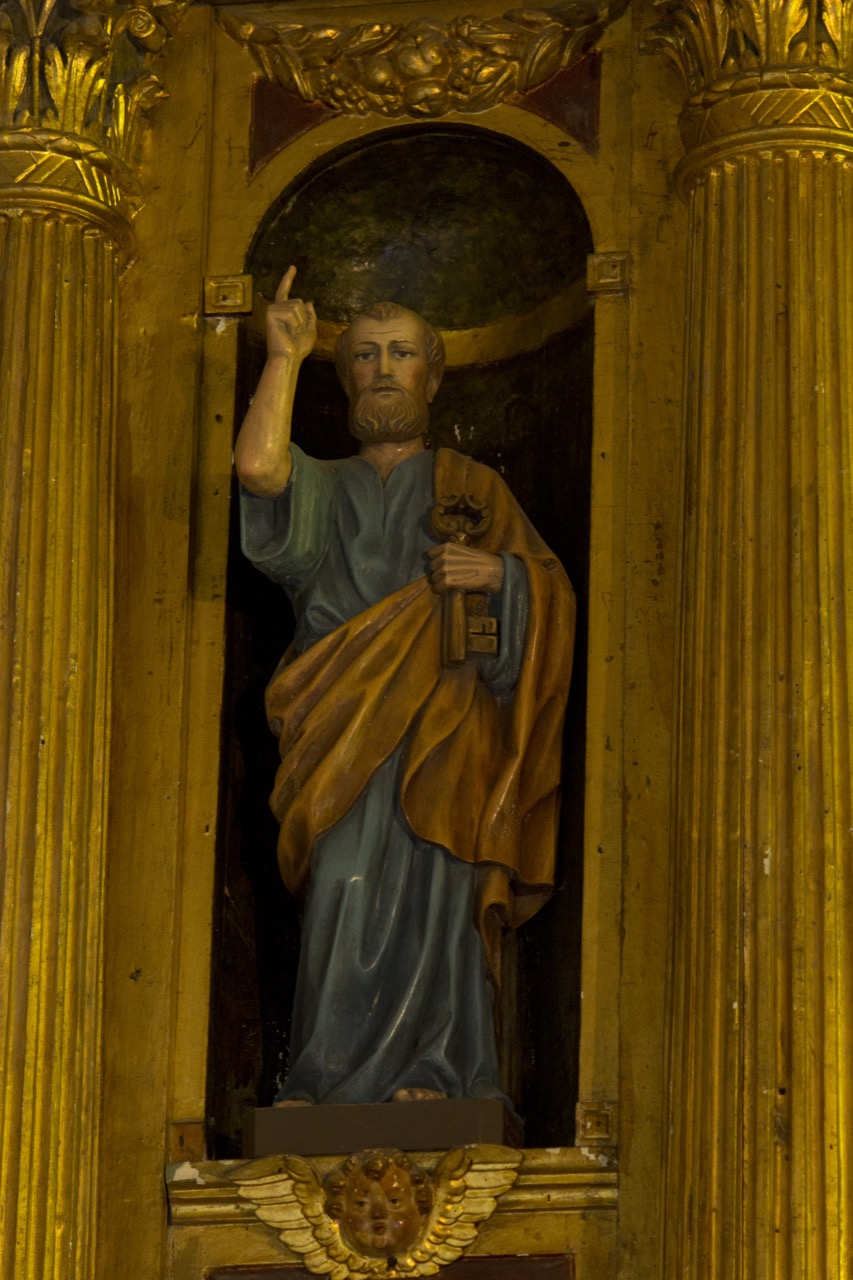 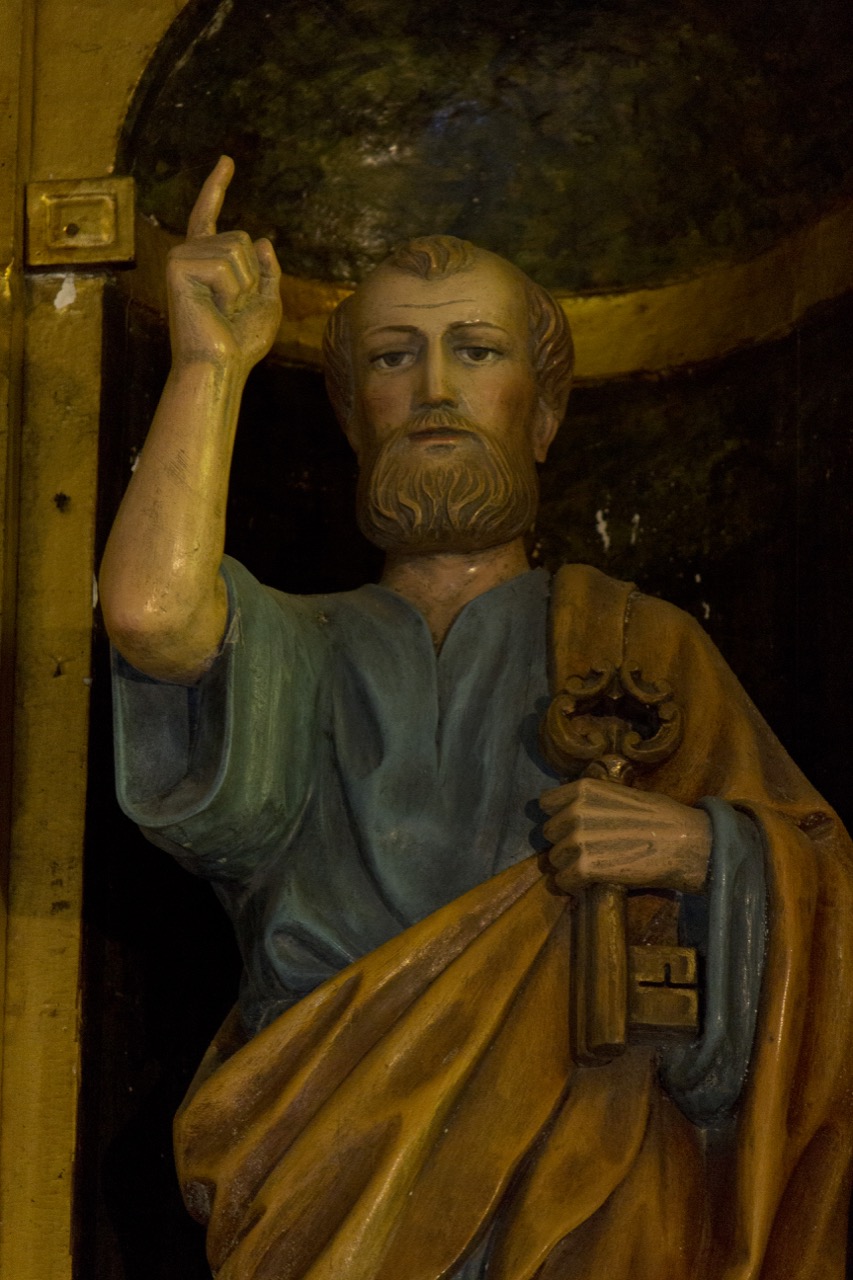 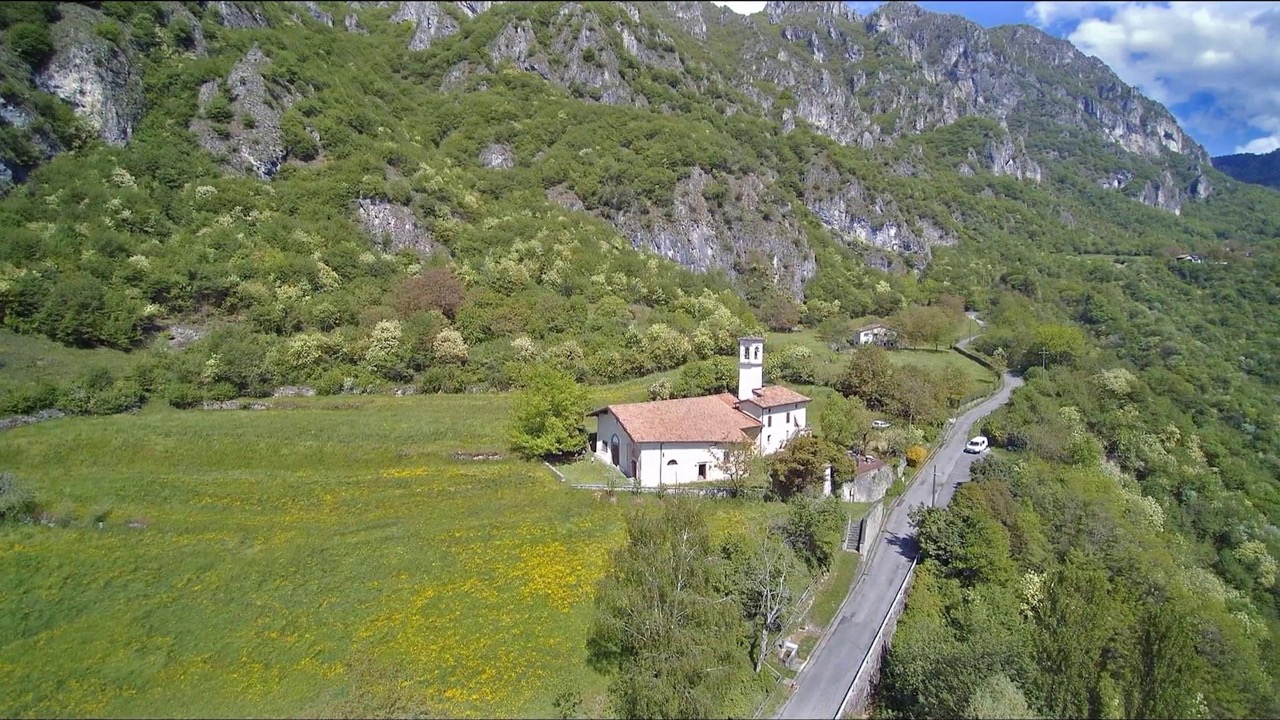 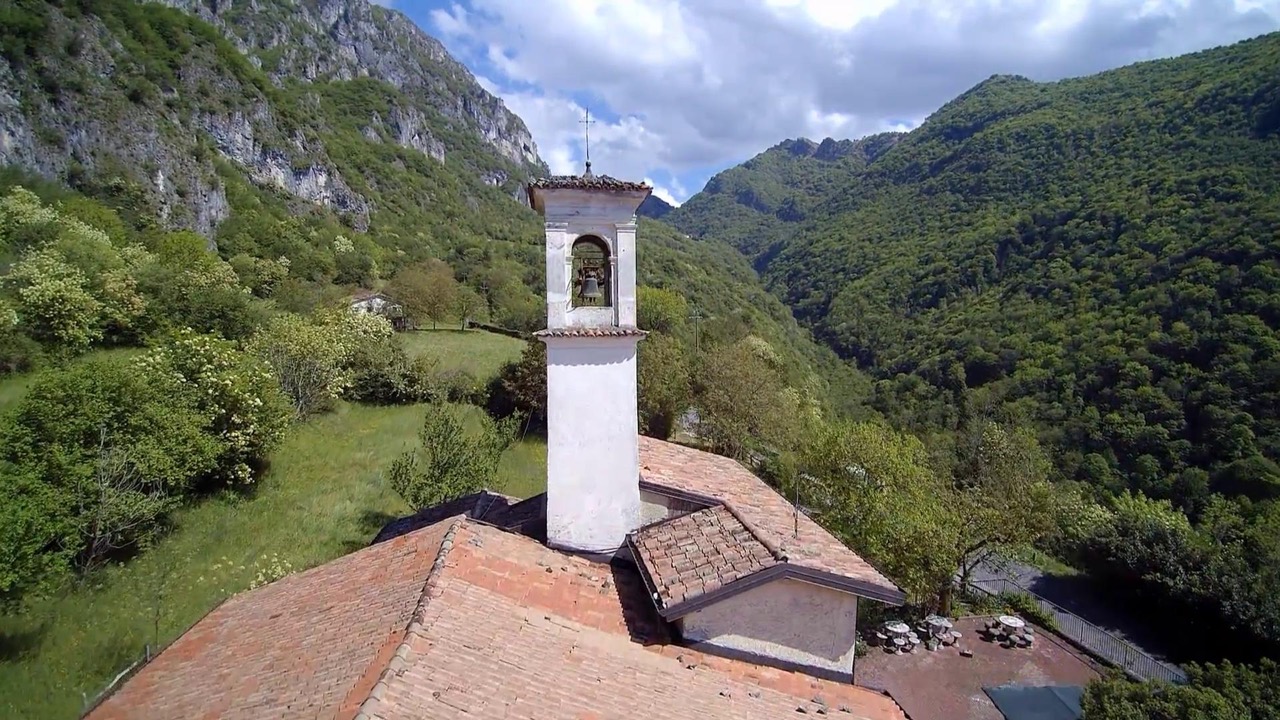 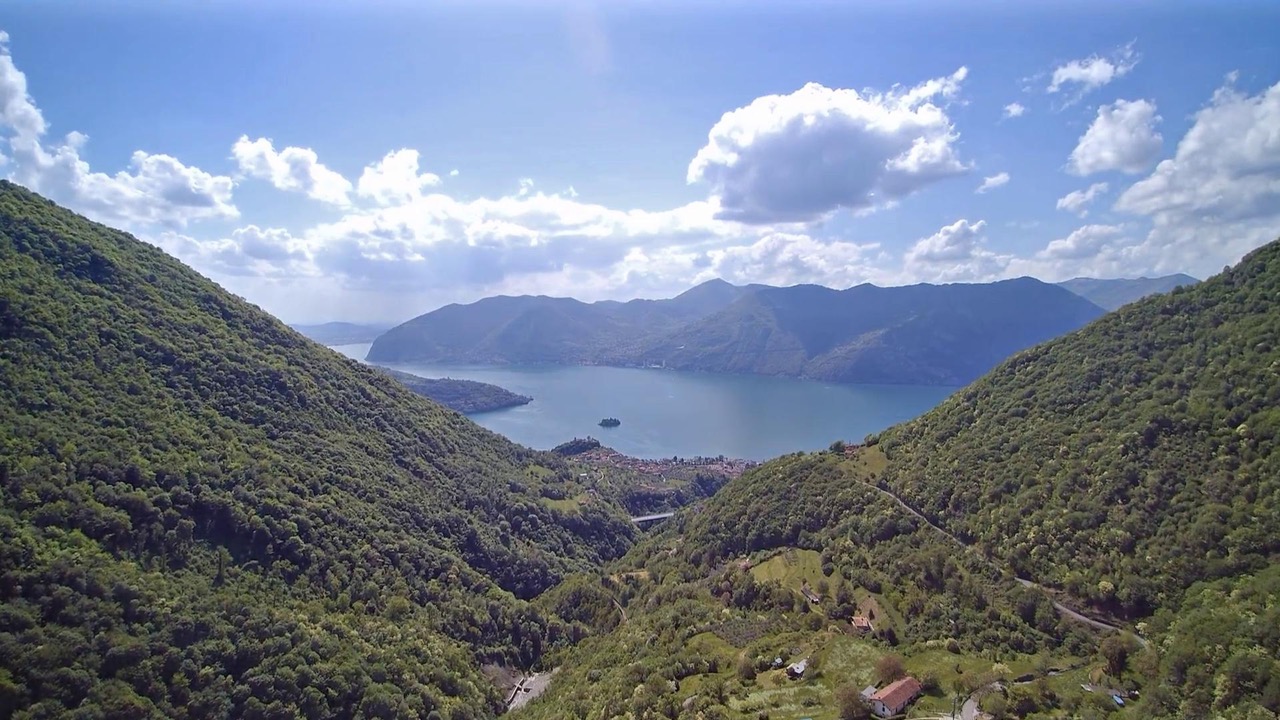 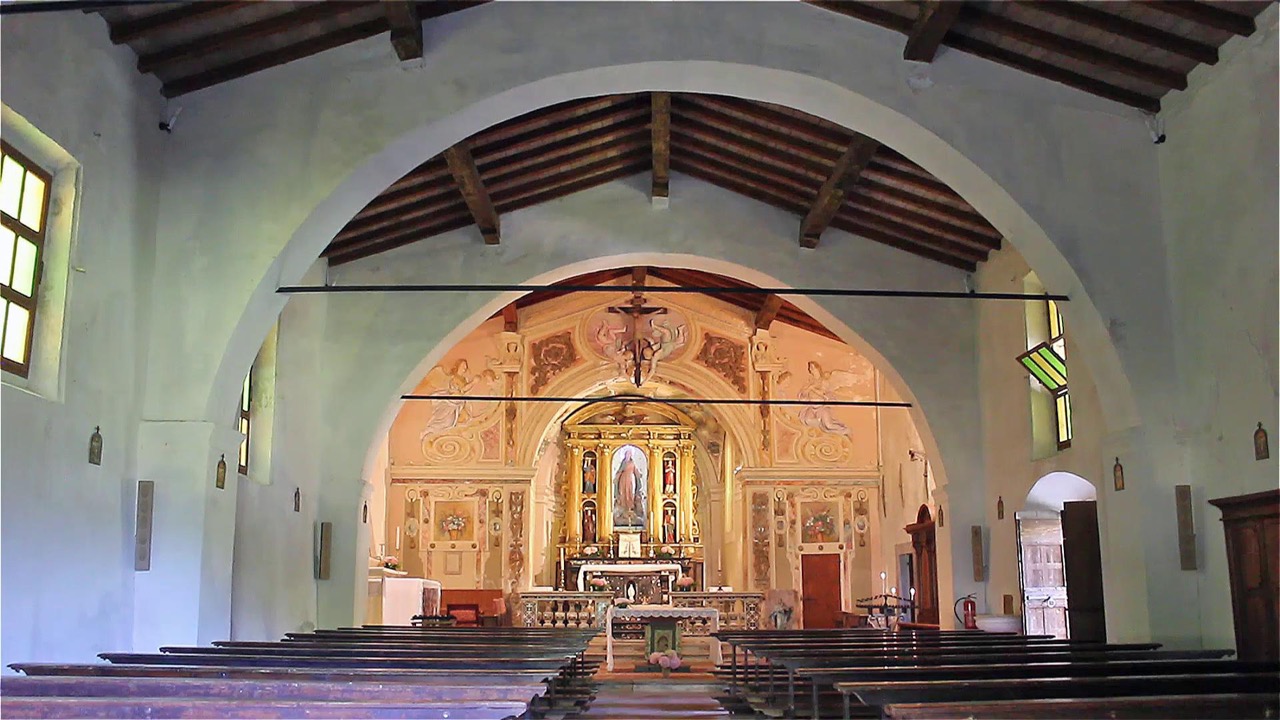 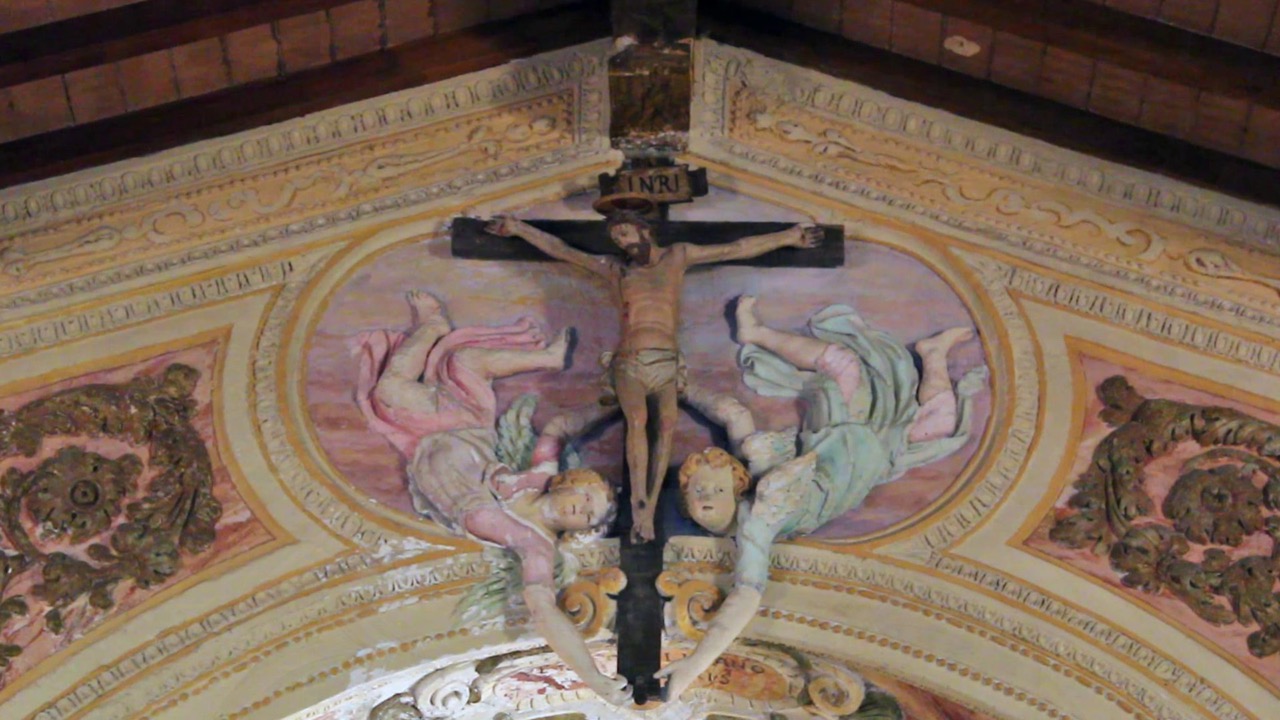 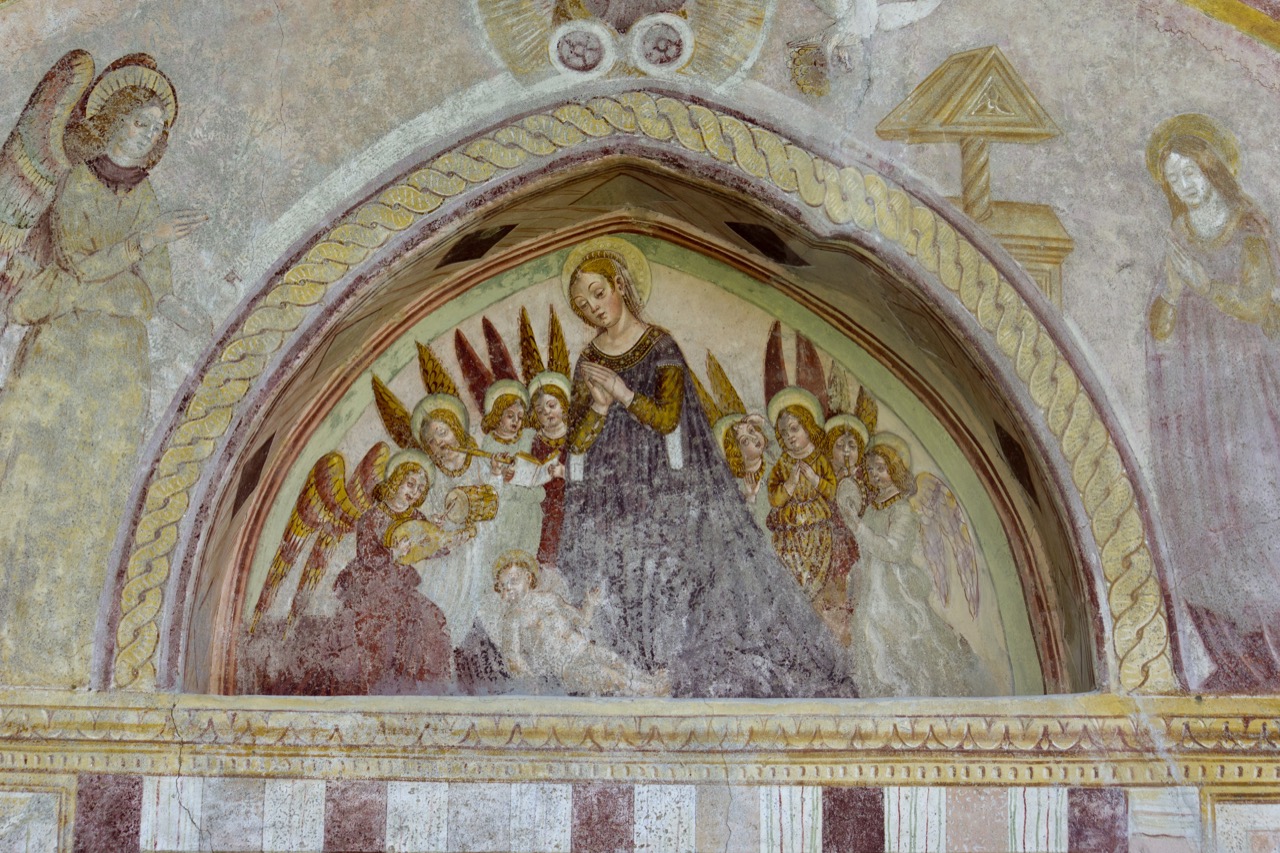 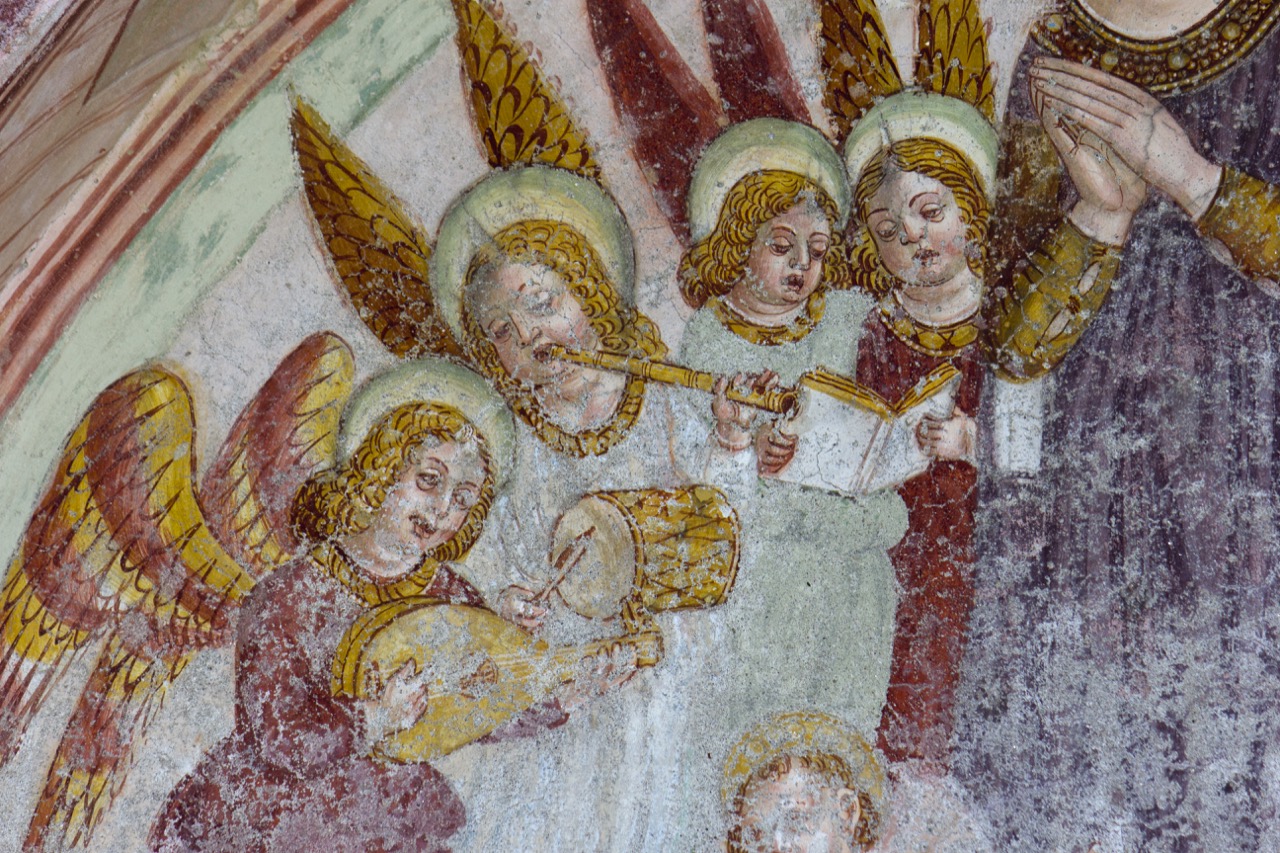 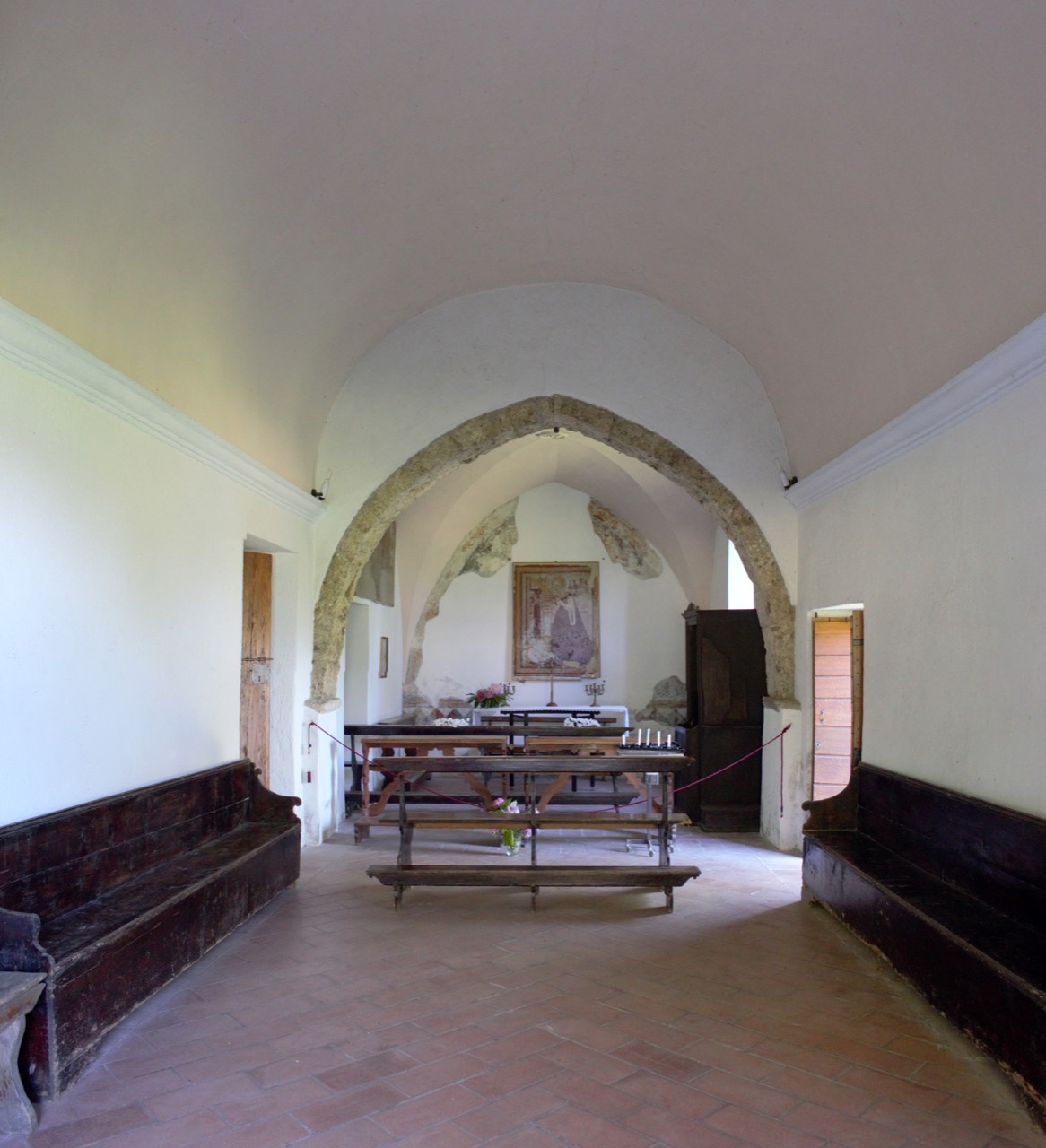 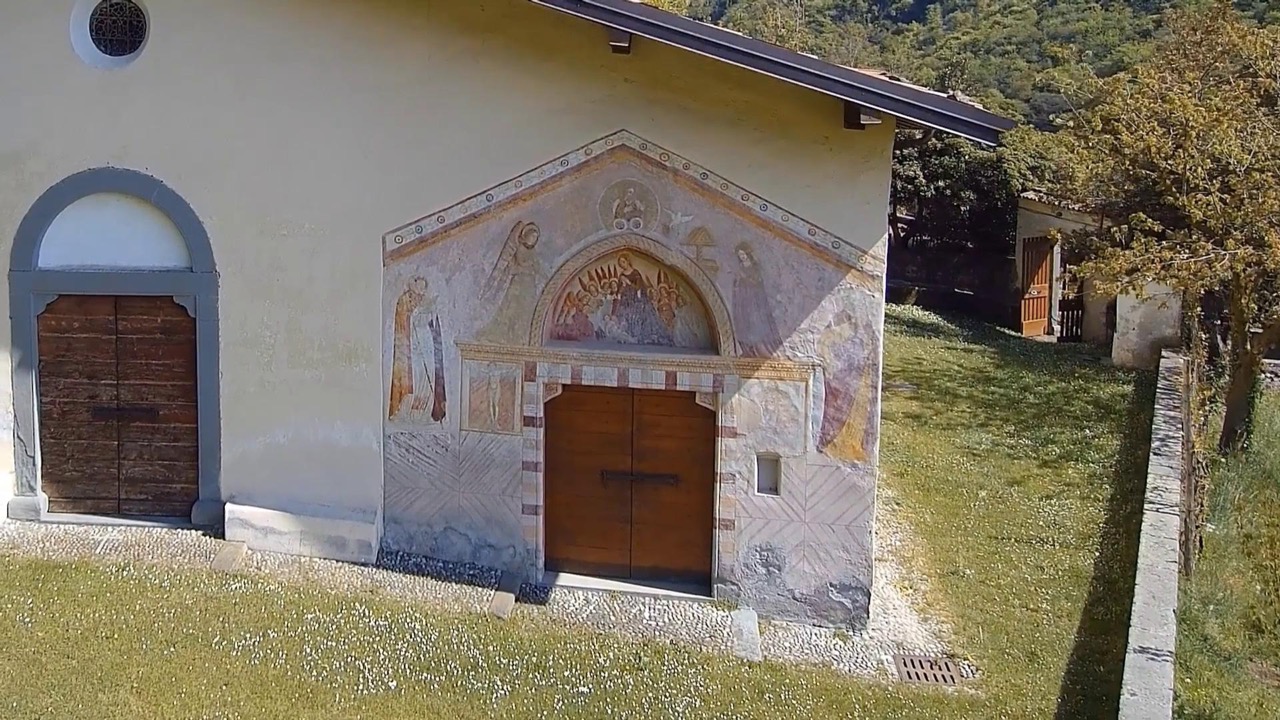 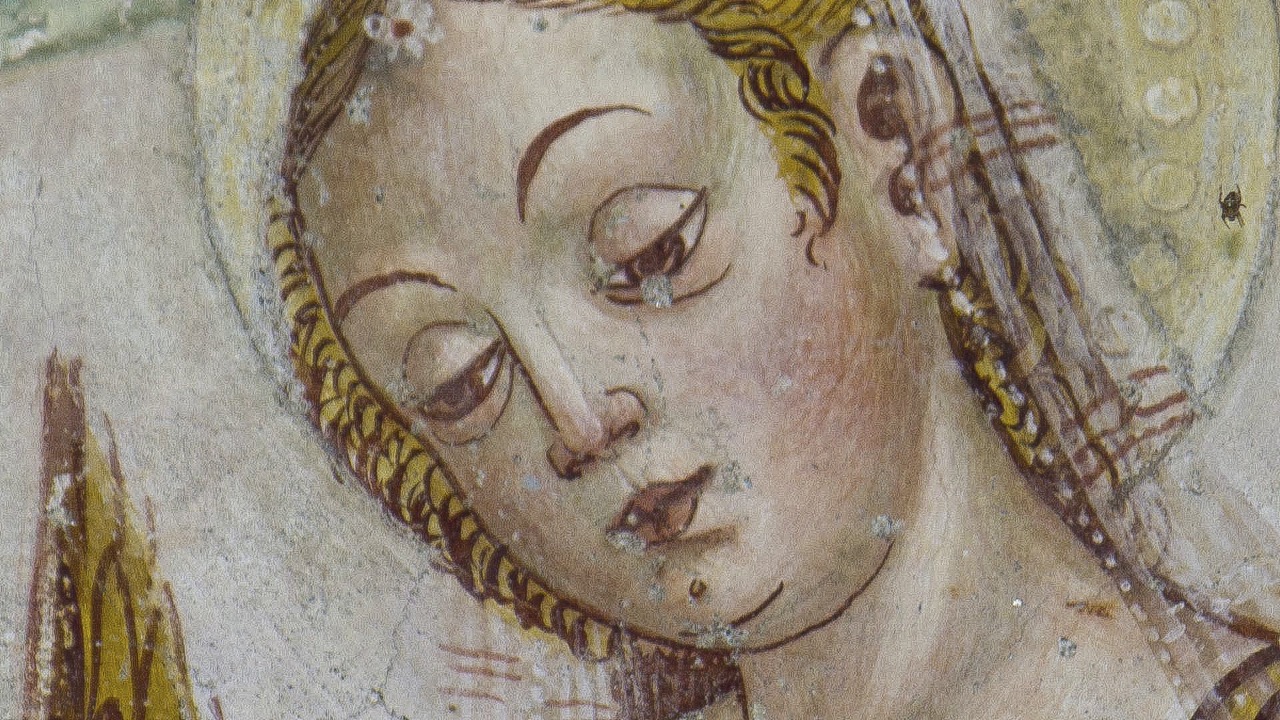 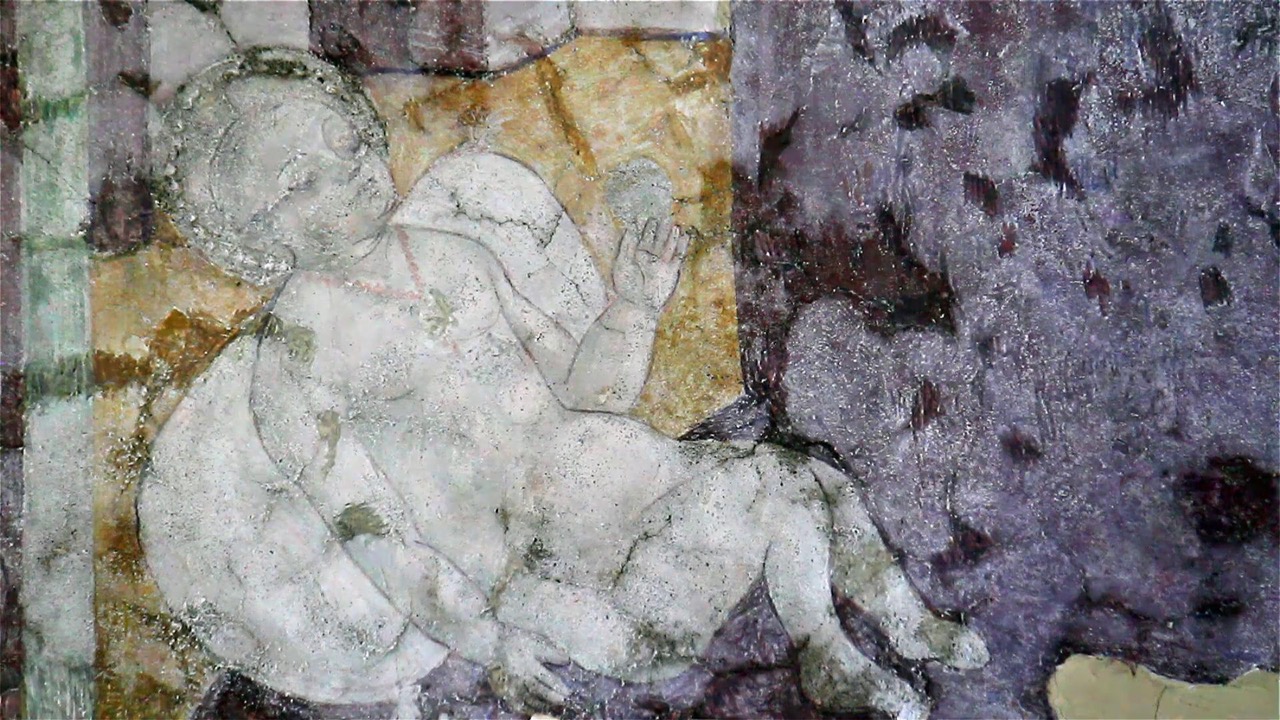 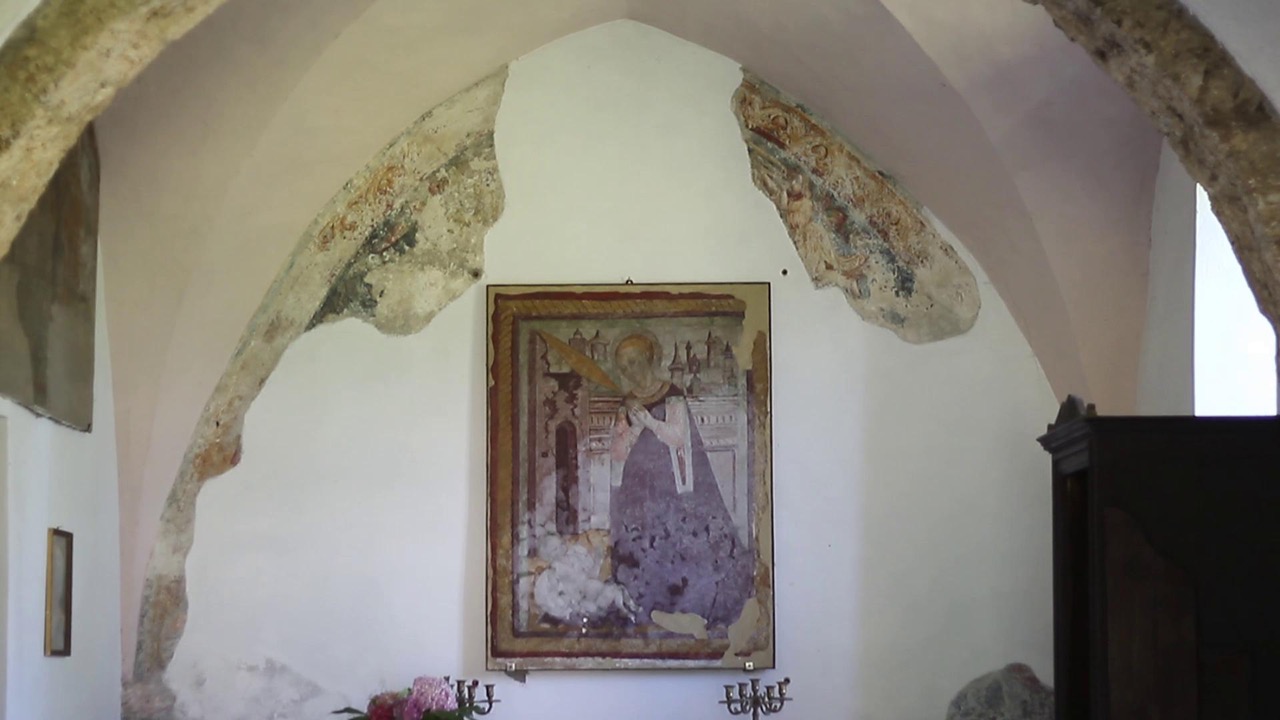